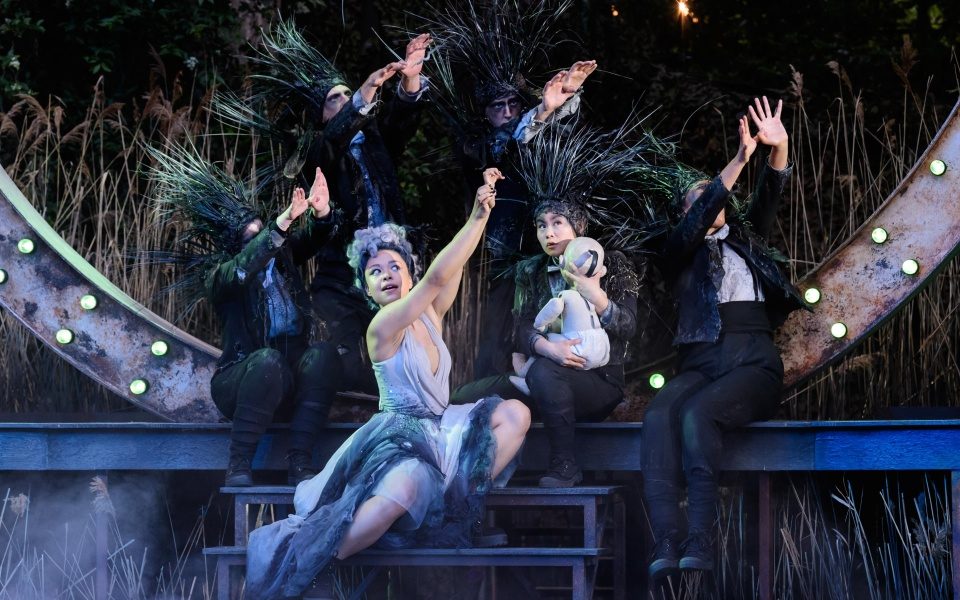 Regent’s Park Open Air Theatre is one of three London companies presenting the Bard’s most mischievous and magical comedy this summer. How, then, does director Dominic Hill make his Dream stand out?

From the outset, it’s a fresh, fun interpretation. It opens to a Riot Club-esque dinner party, with flashing lights and blaring music. The cast – in modern dress – dance vigorously, swig vodka from the bottle and beat-box into microphones.

The choreography is electric; the young Athenian lovers have so much feisty energy that it beggars belief that they maintain it for the whole evening, let alone the whole run. The craftsmen’s theatre troupe is a joy, led by Gareth Snook as a very amusing Quince, along with Susan Wokoma as a brilliant (and very cheeky) Bottom.

The language is Shakespearean, but the direction is anything but puritanical, with the actors bringing a contemporary, conversational accessibility to their dialogue, whilst the fairies communicate in sign language. Other modern additions including a very well-received Spice Girls rendition (was this thought up pre- or post-reunion…?), and a smattering of strong regional accents pepper the prose.

Hill’s Dream also embraces the play’s dark undertones, and as we venture into the beautifully-staged woods, things take a turn for the nightmarish. The fairies are spider-like with protruding quills, slinking on stilts and hiding among the surrounding bulrushes; Kieran Hill’s Oberon and Amber James’ Titania are angry, opulent and tattooed; even Myra McFadyen’s mischievous Puck brings a slight menace.

The performers use hand-held microphones to create heartbeat rhythms which not only build tension but support the tempo of speech. A few forays into song weren’t entirely necessary, but there’s little else to detract from the unbridled enjoyment. There’s an immersive feel to the production, and it is this sense of really being in the woods, and perhaps in the midst of a dream, that singles out the Open Air Theatre’s imagining – it really couldn’t be more at home here.