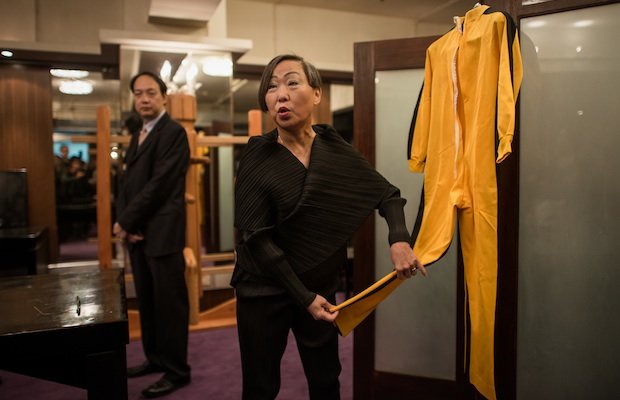 In September, the underwear of Breaking Bad's antihero Walter White bagged $9,900 (£6,000) at auction. And Screenbid, the site that sold them, has been rattling through an abundance of other paraphernalia from the hit series. Here's a selection of what people bought:

Lord of the Rings

On Thursday, props and costumes from Lord of the Rings will go up for auction. The items have been amassed over the past decade by an avid collector, and the sale is expected to net more than £500,000.

And last week, one of the many suits worn by Daniel Craig in Skyfall went up for auction. It's expected to fetch between £8,000 and £12,000. The two-piece, Prince of Wales check number, designed by Tom Ford, is going as part of Pop Culture, an 100-piece online-only exhibition by Christie's.

The suit comes with a pair of black enamel cufflinks, emblazoned with the Bond family coat of arms and bearing the motto Orbis Non Sufficit – The World is Not Enough.