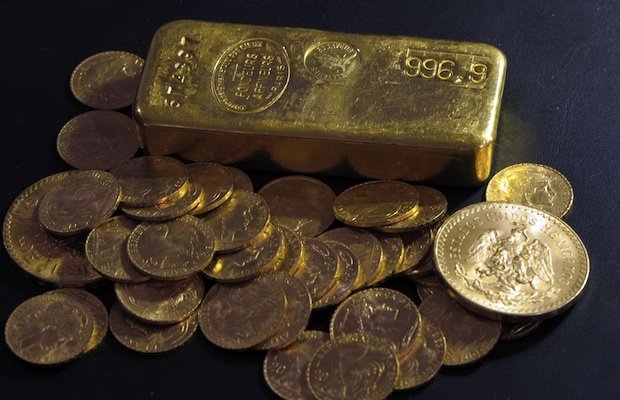 Gold prices could see a rally of about five per cent before the end of 2013, according to the chief executive of Compass Global Markets, Andrew Su.

Sparking to CNBC, Su said that when a market becomes overly bearish, for him, it's a clear signal to buy – and this is the current case with gold.

Su believes gold has found a floor at $1,200, which he doesn't think will break.  Investors, he said, are shy to take gold below $1,200 as last time that happened, the precious metal bounced very quickly.

Gold saw a three-day winning streak in trading today – it is currently around $1,250 – boosted by weakness in the dollar.

Recent weakness has provided something of a let-up for gold – anticipation of tapering in the US have fuelled sharp sell offs in the gold price over the year.

Mike van Dulken of Accendo Markets said this morning: "In commodities, Gold has benefited from the weaker dollar to get above the trendline of resistance at $1250, which may well revert to support on any weakness. From here, resistance possible at $1290."

Current weakness isn't just buoying gold: the Euro hit a six-week high against the dollar yesterday as traders re-evaluated the prospect of a taper being announced at next week's Fed meeting. And today, the dollar is edging lower against the yen on the same uncertainties.

But Su, who doesn't think the Fed will taper this December, predicts that the dollar will continue to strengthen over the next few months and that gold will follow it.

Less bullish sentiment can be better news, said Su: "When the market becomes overly bearish as it did yesterday, [we see it] as an indication to buy. There was a lot of news yesterday that hedge funds had increased their shorts to the highest level in five years and we took this opportunity to go long".

Gold will be driven higher, argued Su, by a decision not to taper. Consensus is that gold prices will remain lethargic until investors have more information on when a taper could – or will – take place.

But Su believes a reignited fiscal policy debate in congress will spur a desire for safe haven buying next year, pushing prices higher.

He acknowledged that metal remains vulnerable to further falls – demand in China, crucially, is set to cool. But this slowdown will bring back some risk aversion into the markets, Su said, which will help gold recover.