2017 looks like it's going to be a busy one: we're looking ahead to some of the key business and political events already pencilled in for this year's calendar.

1. Supreme court to rule on Article 50

The Supreme Court is due to deliver its ruling on Gina Miller's case this month (Source: Getty)

The Supreme Court judges are due to deliver their decision on the Article 50 case in January. In November, a trio of High Court judges decided the government must gain approval from MPs before it can start the UK’s formal departure process from the EU and cannot do so using royal prerogative alone.

The initial case was brought by a number of interested parties, with businesswoman Gina Miller, represented by solicitors Mishcon de Reya and Lord Pannick of Blackstone Chambers as lead counsel, named as lead claimant. The top court in the country, which heard the appeal across four days in early December, is still closed for Christmas and is due to start sitting again on 11 January.

Read more: Meet the woman who took Article 50 to court

2. A white paper for housing

The communities secretary has committed to building one million new homes by 2020, and said at last year’s Conservative party conference that plans to borrow to support accelerated construction on brownfield sites and funding for small and medium sized builders were “just the beginning”. The paper, originally expected alongside the Autumn Statement in late November, is set to include a range of proposals, such as measures to increase institutional investment in the private rented sector, and provide further support for small firms.

The government will be forced to defend Brexit yet again (Source: Getty)

A new case might see the government having to defend its position over the lesser-known Article 127. In the closing weeks of 2016, a fresh claim arguing the UK would not automatically cease to be part of the Single Market as a result of Brexit was filed with the courts. Peter Wilding and Adrian Yalland, who brought the initial case, contend the wording of Article 127 of the European Economic Area agreement requires a separate set of departure measures to be taken to leave the Single Market.

City A.M. understands judges are due to decide in the week beginning 16 January if the case has enough merit to be heard in full.

Samsung Electronics will this month announce the results of an investigation into what caused some of its Galaxy Note 7 smartphones to catch fire.

The South Korean firm said in October it was examining all aspects of the phone, suggesting there may be a combination of factors that contributed to one of the costliest product safety failures in tech history.

The world’s top smartphone maker warned of a $5.1bn hit to its operating profit over three quarters following its decision to permanently halt Galaxy Note 7 sales in October.

Investors and analysts have said it is critical for Samsung to identify the root cause of the fires in order to rebuild consumer trust and avoid repeating the same mistakes.

Ex-Barclays bankers Stylianos Contogoulas and Ryan Reich are due in court next month, charged with Libor-rigging related offences. After an 11-week trial last summer, a jury could not decide on a verdict for the two men. Their re-trial is scheduled to start in Southwark Crown Court on 13 February. The case is part of the Serious Fraud Office's (SFO) ongoing investigation into Libor manipulation, which started in July 2012.

The SFO has so far charged 13 individuals, including Contogoulas and Reich, as part of this probe. Five of those people, including former UBS and Citigroup trader Tom Hayes, have been convicted. The other six, all brokers, were found not guilty following a trial which ended in January of last year.

6. Snapchat heads for an IPO

As the valuation of unicorn startups swelled in 2016, Snapchat will be putting that hype to the test in 2017.

Increasingly uttered in the same breath as Facebook and Twitter, Snapchat’s expected $20bn to $25bn IPO will be a barometer gauging the appetite of investors for tech stocks after a bit of a dry spell that could signal the way for further mega-valued offerings.

Already the tech darling is putting its house in order, creating parent company Snap is a signal that it has ambitions beyond its current incarnation as the messaging app du jour is increasingly imitated by established rivals. And a difficult move into hardware has been pulled off surprisingly successfully with Spectacles. Pundits reckon the bellwether IPO will come as early as March.

Theresa May is in for a tough year (Source: Getty)

Undoubtedly the landmark event of 2017 for the UK, Prime Minister Theresa May's government has vowed to formally open Brexit talks by the end of March.

Having been repeatedly warned that no negotiation can take place before Article 50 is activated, the opening of talks will represent the first formal steps in the UK's historic departure from the EU.

May has vowed to remain a close ally of the EU, but she faces a huge challenge in securing a successful Brexit. Regardless of the conclusion, she will likely go down in history for her role in a once-in-a-lifetime piece of political theatre.

Negotiations could take up to two years, and while this can be extended with the consent of all 28 nations, Downing Street is hopeful it won’t be needed.

Read more: Article 50: What happens next?

8. A year of two budgets

Remember that time Philip Hammond did a photo shoot before the Autumn Statement? (Source: Getty)

As a consequence of chancellor Philip Hammond’s decision to scrap the Autumn Statement, the Treasury will reveal the final Spring Budget on 8 March, meaning it could take place before the formal launch of Brexit talks with the EU.

But the government will then be able to reshape the agenda with a subsequent Budget in the autumn, before the schedule is changed to place more emphasis on the latter event, with a smaller spring statement.

And as a result, Prime Minister Theresa May's officials will be well-placed to both insulate the UK's economy ahead of EU negotiations, and respond to any fallout later in the year.

9. Fred Goodwin in court over RBS

"Fred the Shred" is expected to make an appearance later this year (Source: Getty)

Ex-Royal Bank of Scotland chief exec Fred Goodwin is expected to make a court appearance later this year as a lead witness in a case brought by more than 27,000 bank shareholders, which is set to start in April. The shareholders are seeking compensation on the grounds the bank misled them in its 2008 rights issue. The lender, which is now 73 per cent state backed, subsequently required a £45bn taxpayer rescue.

RBS made an £800m settlement offer last year, which was accepted by three of the five shareholder groups involved in the legal action. City A.M. reported last month that other shareholders, who are part of RBS Shareholder Action Group, were holding out for up to 94.5p in the pound, or more than £1bn. 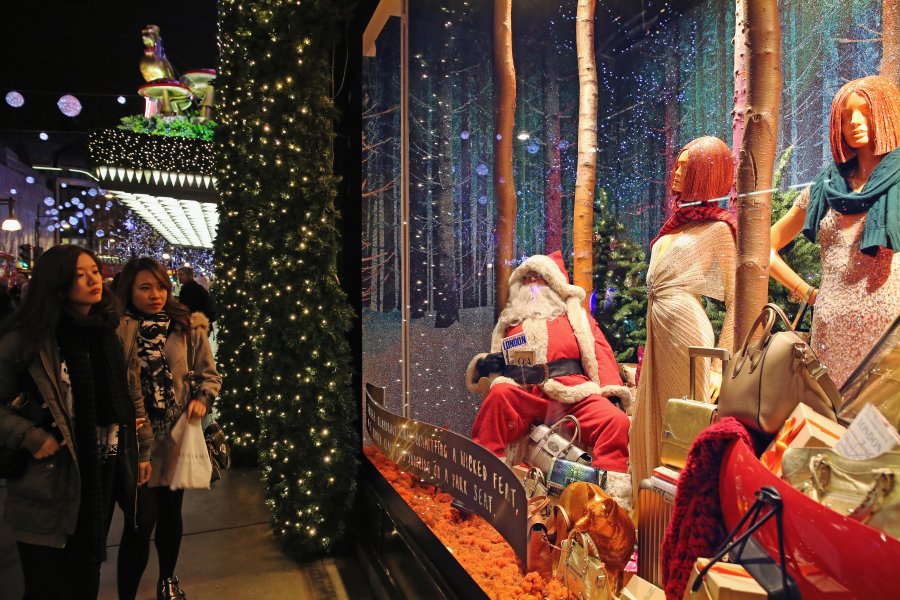 Shops in some of the capital's most iconic destinations will face rises (Source: Getty)

The new rates, which take effect in April and represent the first change in seven years, will see 1.85m businesses paying for increases in property prices since 2008.

For the first time the government will be able to charge some businesses an extra 42 per cent per year after a cap was lifted. The cap had until now set the maximum amount bills could increase by at 12.5 per cent. According to some calculations, the overall effect could see a 142 per cent hike for the O2 arena, 90 per cent for the Tower of London and 70 per cent for the London Eye; West End retailers Harrods, Hamleys, John Lewis and Selfridges are all facing total increases over 50 per cent, while the Dorchester Hotel may see a 54 per cent rise. The huge rise in rates has led to warnings that firms could struggle to survive and added to mounting calls for the “antiquated” system to be overhauled. 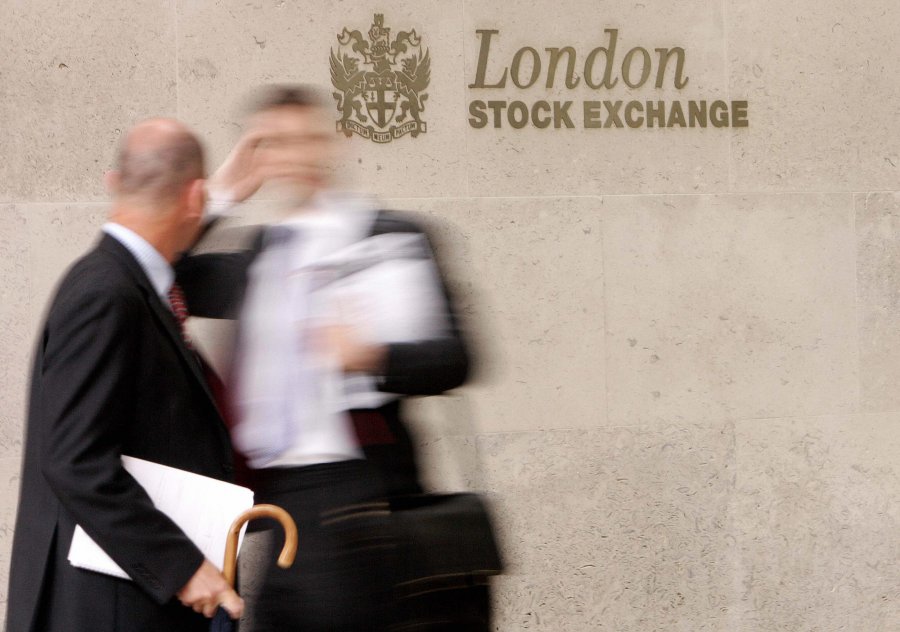 The LSEG-Deutsche Boerse merger is expected to complete in the first half of 2017 (Source: Getty)

The London Stock Exchange’s £21bn merger with Germany’s Deutsche Boerse has a long stop date of 30 June, meaning the tie-up must be complete by this date. Despite the Brexit vote seemingly putting the deal in jeopardy, the companies received backing from both sets of shareholders last summer.

But analysts remain doubtful that the deal will go through, with the companies facing hurdles from the European Commission and regulators in the state of Hesse, where Deutsche Boerse is based. The European Commission, which has narrowed its focus on clearing, has until 6 March to make a decision on the deal. The London Stock Exchange wants to sell LCH SA, its French clearing arm, in order to help the deal win approval.

A trial against six individuals charged with offences linked to rigging Euribor is due to start on 4 September. Deutsche Bank employees Christian Bittar and Achim Kramer, along with Barclays bankers Colin Bermingham, Carlo Palombo, Philippe Moryoussef and Sisse Bohart all appeared at Westminster Magistrates’ Court last January to be charged with conspiracy to defraud.

However, Deutsche Bank employees Andreas Hauschild, Joerg Vogt, Ardalan Gharagozlou and Kai-Uwe Kappauf and Societe Generale banker Stephane Esper all declined to attend the court date and the fraud squad has since secured European Arrest Warrants to bring these five to court.

13. MPs to vote on Heathrow

MPs will vote on Heathrow this year (Source: Getty)

MPs will finally be given a chance to definitively rubber stamp the decision to expand Heathrow next winter, following an extensive consultation on the project.

The green light has been years in the making, with the government formally backing the west London airport for expansion in October last year after an independent commission led by Sir Howard Davies backed Heathrow in 2015. But it may not prove an entirely smooth process. Foreign secretary Boris Johnson and education secretary Justine Greening have both stressed their opposition to a fresh runway at the airport, and London mayor Sadiq Khan has promised to continue fighting against the verdict. Despite having previously backed Heathrow, Khan now says the move would be “devastating” for London’s air quality.