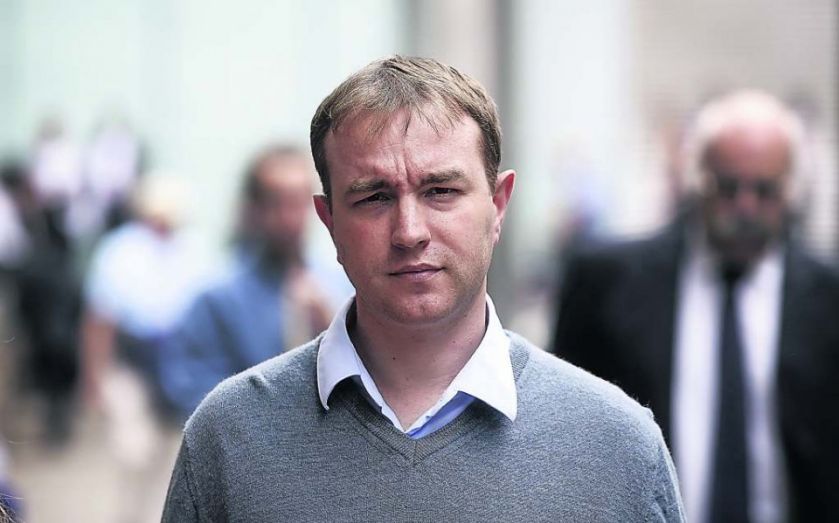 A jury sent shockwaves through the City yesterday when it convicted former UBS and Citigroup trader Tom Hayes of eight counts of conspiracy to defraud in connection with the Libor-fixing scandal.
Justice Jeremy Cooke sentenced the 35-year-old former City worker to 14 years in jail for his part in the manipulation of the Libor benchmark interest rate – a crucial convention for around £288 trillion of financial contracts and consumer loans – between 2006 and 2010.
“I’m quite stunned by this,” Tory MP Mark Garnier – who sits on the influential Treasury Select Committee – told City A.M..
“It is a stonking great sentence. It is enormous.”
Read more: Key dates in Tom Hayes' Libor trial
Garnier added that the ruling marked “the beginning of a chapter” in the Libor fixing scandal: “This really does change the dynamics very dramatically in the City.”
Justice Cooke said that a message needed to be sent to the world about dishonest conduct in finance, telling Hayes: “Probity and honesty are essential as is trust… The Libor activities of which you took part puts all that in jeopardy.”
The head of capital markets think tank New Financial, William Wright, tweeted: “Lots of people in the City are not going to sleep very well tonight.”
“I think it would be very dangerous to look at this in isolation and just see it as one judgement against one individual,” Wright told City A.M..
He added: “This judgment really opens the door to much more aggressive action by authorities on both sides of the Atlantic… [including] potentially pursuing more senior management at a wider range of firms.”
John Mann, another long-serving MP on the Treasury Select Committee, told City A.M. that he wanted to see more prosecutions of senior management “further up the food chain”.
“The leadership of the banks failed to manage them, failed to lead and created the climate that allowed this criminality to take place,” Mann said, adding: “Now that there’s been a criminal conviction, it changes the terrain.”
Stephen Rosen, a partner and head of specialist financial disputes team, Collyer Bristow, largely agreed, telling City A.M.: “The big question is: how far up will it go?”
Share