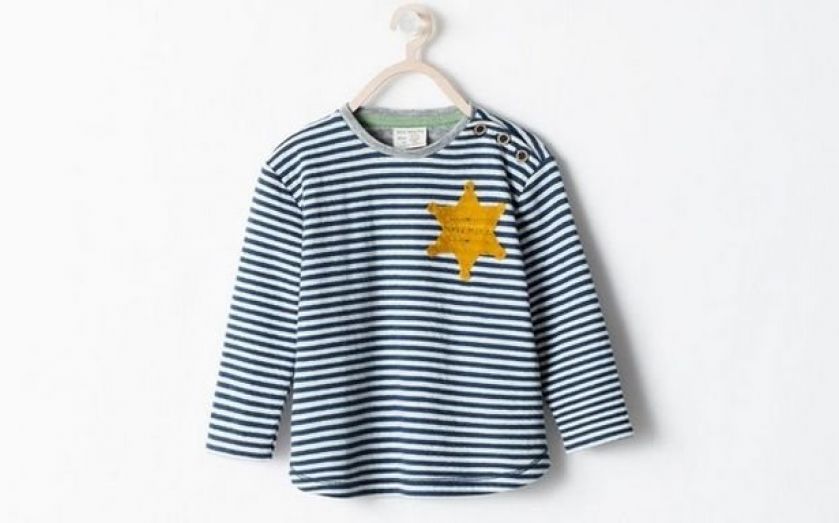 Spanish fast fashion Zara has been forced to remove a child's pyjama top after receiving widespread condemnation on social media for its resemblance to attire worn in concentration camps.
The outfit – designed to look like a sheriff's uniform – featured a six-pointed star stitched on the left hand side of a striped long sleeve T-shirt, prompting many to claim it looked like something from novel-turned-film The Boy in the Striped Pyjamas.
Before being removed today, it was available to buy through Zara's website in several countries including the UK, Germany, France and Sweden.
A Zara spokesperson said:

"We honestly apologise, it was inspired by the sheriff's stars from the classic Western films and is no longer in our store."

However the social media damage has already been done:

I wonder if @Zara sells this tasteful T-shirt in its shops in #Israel http://t.co/LxtjUp0LXI pic.twitter.com/KortE2kN3c

Somehow, I am betting this shirt from #Zara won't sell too well in Germany. pic.twitter.com/V4GcCDeX0W