There was an attack on RBS. There was a shirt.  And somewhere in Westminster, at least one person was Lording it up (a bit too much).

Here is what got us talking this week

1. It's grim down south
South of the Thames, that is. The north-south divide is widening, with south London property prices declining a those in the north rocket.
2. We saw red over Tube delays
We found out which is the most delayed Tube line in London. Sadly though, we haven't worked out a way to avoid it just yet. Which is a shame because we also learned just how many hours we waste from delays and it's eye-watering.
3. We gazed into the future
And found that, if we can hang on in there until 2031, the time we spend commuting will have dropped.  But we might just throw in the towel and start doing the grind from Madrid. Apparently we'd have a better quality of life if we commuted in from the Spanish capital instead of living in ours.
4.  It's not just the Tube that is getting busy
According to these estimates, the whole country is. At this rate, the UK will become the most populous country in the EU by 2050.
5. London is going to be overrun with cyclists
Firstly this weekend is RideLondon, a gruelling 124 mile event that takes participants out to the Surrey countryside before returning to central London. Great for spectators, not so great for traffic. And if that wasn't enough it's now five years since the launch of the Boris Bike – and to celebrate TfL is letting Londoners have a free ride.

London leads the way when it comes to economic growth – this is just one chart of several exploring the impact the UK's capital has on the whole country's economy. 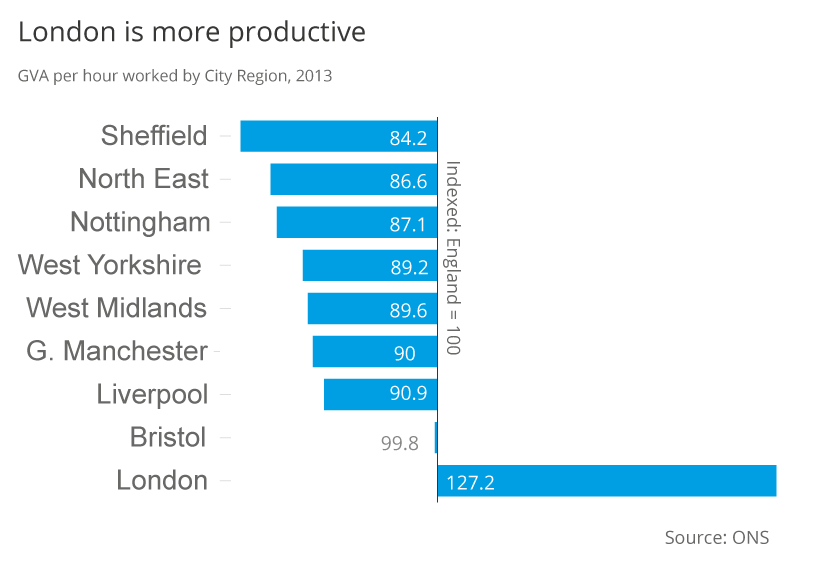 We were impressed when we heard that GSK had developed the world's first malaria vaccine, even more so when we learned it was being sold without a profit. So just imagine how we felt when we learned the researchers were sticking their hands into boxes full of malaria-ridden mosquitoes as part of their breakthrough. This interview with the lead scientist is well worth a read.
And leading politicians may not earn as much as top entrepreneurs or chief executives while they are in office, but their influence and expertise sure do make for a pleasant afterlife. Read this article to find out just how lucrative the after-dinner world is.

Paul Newman wasn't just a great film actor with eyes that made you go weak at the knees; he was also a philanthropist. But, seven years on from his death, the Butch Cassidy star's family has warned that his charitable foundation is being taken down the wrong path.
The trouble with ignorance is that it feels so much like expertise. This article is a stark reminder that we are all confident idiots.
And lastly, is Aim the wild west? According to this Times article, it has a real life gunslinger