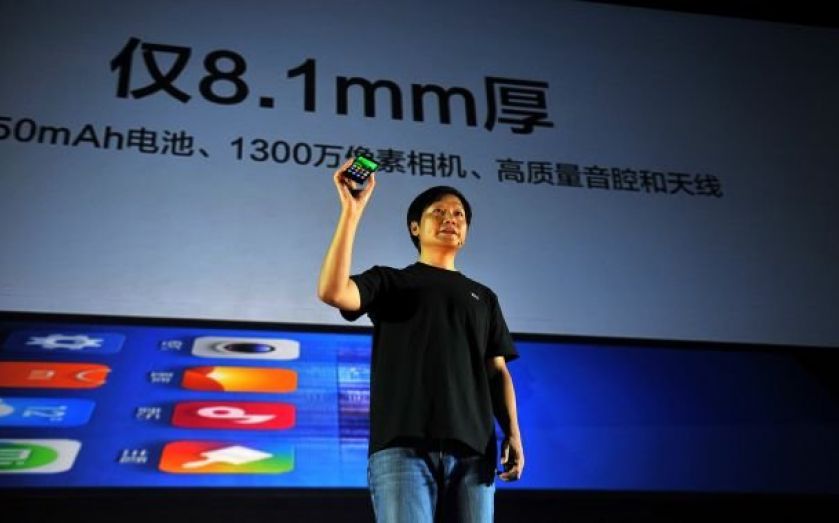 Despite not having any products on sale in the UK, smartphone manufacturer Xiaomi can't keep out of our business headlines.
Just a week after being named the most valuable technology company in the world, the Chinese company has announced a mammoth increase in sales in 2014.
Xiaomi is now said to be the third-biggest smartphone maker in the world behind established giants at Samsung and Apple, despite only releasing its first smartphone in 2011.
In 2014, the Beijing-based startup said it sold 61.1m phones – a 227 per cent increase on the 18.7m sold the year before. Pre-tax sales also rose dramatically; increasing by 135 per cent to 74.3bn yuan (£7.8bn).
Over $1bn was raised by Xiaomi in its latest round of funding, making it the world’s most valuable start-up with a valuation of $45m.
According to technology market intelligence and advisory firm IDC, Xiaomi moved ahead of rivals Lenovo, Huawei and LG in 2014 to become China’s biggest, and the world’s third-biggest, smartphone maker, with 5.2 per cent market share.
Smartphone vendor market share (Q3 2014) |Create infographics
Xiaomi’s market share may not look or sound like much to concern Samsung or Apple right now, but its rapid growth has coincided with their diminishing slice of the pie, and shows no sign of slowing down.
Here’s everything you need to know about the emerging major player on the global smartphone market.

While Samsung and Apple both have a hold in mature smartphone markets now saturated with products, companies like Xiaomi have built products that capture the needs and demands of emerging markets in Asia, Eastern Europe and Africa. In October technology advisory and research firm Gartner reported emerging markets were exhibiting their highest growth in history.
Chinese companies such as Xiaomi, Huawei and Lenovo have established themselves in their home country, which has a population of 1.36bn, in a way other global players haven’t been able to. With off-contract prices as low as $100, they offer smartphones at a lower cost than the high-end products available from Apple or Samsung, the latter of which saw third quarter sales in China drop 28.6 per cent according to Gartner.

With the ability to undercut cost and offer top specs Chinese brands are well positioned to expand in the premium phone market too and address the needs of upgrade users that aspire to premium phones, but cannot afford Apple or Samsung high-end products.

…it is the Chinese vendors that are ready to usher emerging market consumers into smartphones. The offer of smartphones at a much better value than the top global players but with a stronger build quality and larger scale than local competitors gives these vendors a precarious competitive advantage.

However, Xiaomi’s business model differs to that of its competitors. The company manages to offer such low prices only a fraction above a phone’s assembly costs (and at least 60 per cent lower than Apple’s according to the Harvard Business Review) by keeping the model on the shelves for two years at a time at a fixed price. As production costs fall, the price stays the same and Xiaomi profits from the difference.

With the giants of the industry on the back foot, rocketing sales and a record valuation, Xiaomi now plans to “go global” according to a blog post from founder Lei Jun.
Lei wrote:

We have successfully entered seven markets outside mainland China. In India, we sold over 1m smartphones in less than five months. This year, we will enter even more overseas markets. We believe everyone in the world would appreciate the opportunity to enjoy technology innovation. Thus we remain fully committed to our global business.