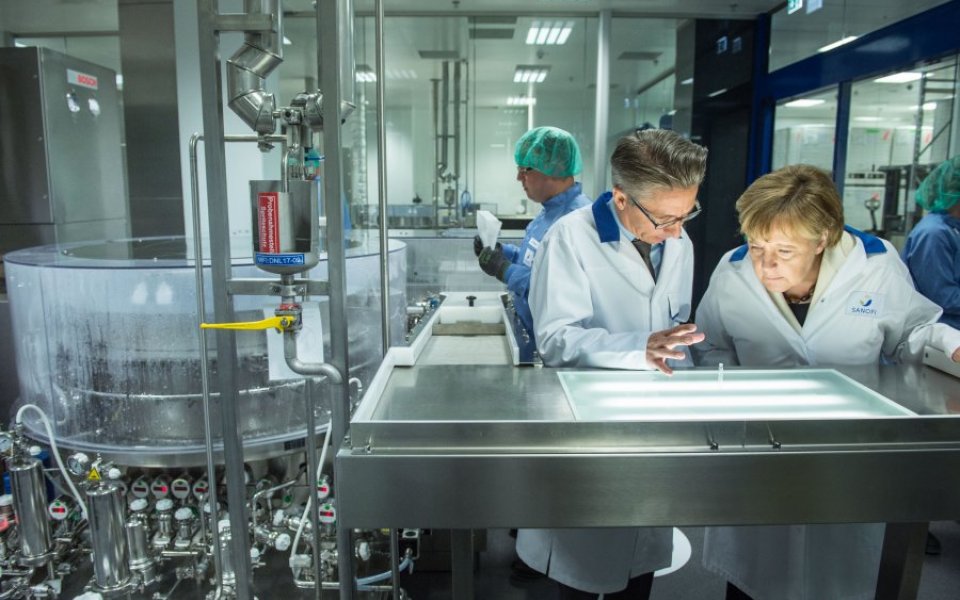 Industrial production dropped by 1.2 per cent in December compared with the previous month, German statistical office Destatis said this morning.

Manufacturing output contracted by 1.1 per cent, with a big decline in capital goods – goods bought by businesses for the production of other goods – down 2.6 per cent. Consumer goods production was down 1.4 per cent. Energy output declined three per cent.

"Fundamentally, the industrial sector in Germany should be in good shape as, at some point, new orders will translate into increased industrial activity. Therefore we think that industrial production is set to rebound in the coming months," said Thomas Strobel, an economist at UniCredit Research.

Claus Vistesen from Pantheon Macroeconomics said the figures were "ugly". He added: "this is a poor report even factoring in volatile utility output."

"We now see a significant risk that real GDP contracted quarter-on-quarter in Q4 [October to December]," he said.

A slowdown in Germany has implications for the economic growth of the 19-member Eurozone. Economist Dominic Bryant from BNP Paribas belives the weak industrial production means growth maintained a subdued rate of 0.3 per cent in the final three months of the year.

"By implication there is also a risk to the Eurozone GDP figure, also released at the end of this week. Our forecast is in line with the consensus at 0.3 per cent quarter-on-quarter. However, a significant minority of forecasters are expecting 0.4 per cent quarter-on-quarter, whereas today’s German data would suggest there is a greater probability of a weaker-than-consensus, rather than stronger-than-consensus print," he said.

A weaker growth outlook means more policy easing could be on the way.