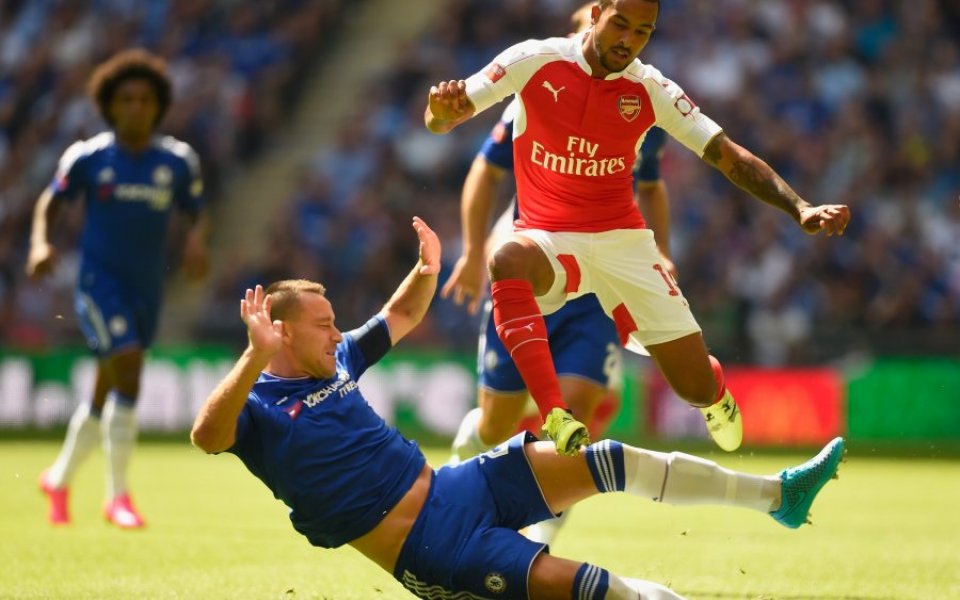 They may have swept all before them in a Premier League title-winning campaign of rare dominance last season, but that was not enough to make Chelsea the money-making kings of the capital.

The Blues have been eclipsed by London rivals Arsenal in the latest edition of Deloitte’s Football Money League, which ranks the world’s top clubs by revenue and is published today.

Chelsea recorded income of €420m (£319.5m) in 2014-15, placing them eighth in the rich list, as they led the domestic title race from start to finish and won the Capital One Cup.

Arsenal posted revenue of €435.5m (£331.3m) to lift them one place to seventh in the Football Money League, having claimed the FA Cup for a second year and finished third in the top flight.

The Gunners benefited from a 34 per cent increase in commercial income to €135.8m (£103.3m), driven by the start of a new kit deal with Puma thought to be worth close to £30m per season.

Current Premier League leaders Arsenal also make the most money of any club on the planet from the match-day experience – €132m (£100.4m) – which includes tickets and other supporter spend at games.

Chelsea’s income for the current season is set for a boost from a new shirt sponsorship deal worth up to £40m per season with tyre-maker Yokohama.

But that increase will be offset by the Blues’ poor on-field performance – they lie 14th in the top division.

Whether Arsenal or Chelsea rank higher in the 2017 Football Money League “could come down to who goes further in the Champions League”, Deloitte’s Dan Jones told City A.M.

Arsenal and Chelsea are among four London teams in the 20 richest, along with Tottenham in 12th and West Ham in 20th, giving the city a claim to being the football capital of the world.

No other city can boast more than two teams in the top 20, although both of Manchester’s are above the London contingent, with United third – and likely to take top spot in next year’s list – and City sixth.

West Ham reached their highest position in the rich list for nine years with income of €160.9m (£122.4m) and are expected to enjoy an increase in match-day earnings from a move to the Olympic Stadium next season.

Crystal Palace – 28th, with revenue of €130.8m (£99.5m) – are among eight English teams in places 21-30, a reflection of the Premier League’s vastly superior television contracts.

City, Arsenal and Chelsea could all soon eclipse Bayern and PSG, making four of the top six English, as Premier League sides’ television income is due to rise again from a new three-year cycle worth an estimated £8bn.

“Maybe not next year, but the year after all three of those could be very strong contenders to Bayern for that top five spot,” added Jones, who edits the Football Money League report.

“If PSG don’t reach the knockout stages of the Champions League then once you get into the new Premier League TV deal I think their top-five spot is vulnerable as well.”