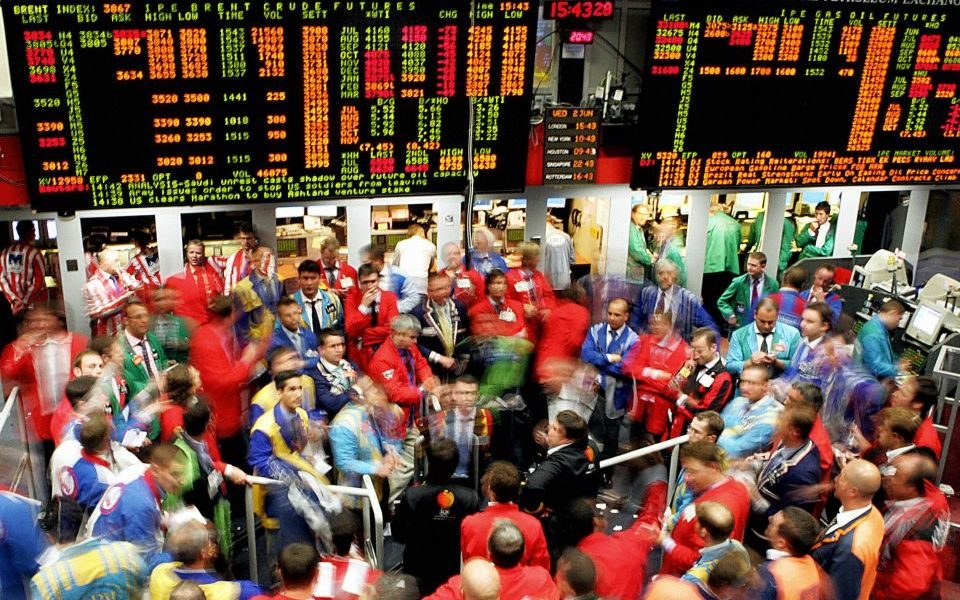 Global stock markets have seen a turbulent year, but surprised many with the resilience shown after the Brexit vote and the US presidential election result.

Both the US and UK markets are significantly ahead of where they started the year, as is Japan, although Europe – which faces a series of major elections in 2017 – has effectively gone nowhere.

Recovering oil and commodity prices and better than expected economic data from the UK and US has helped.

In the US, Donald Trump’s high spending pro-growth policies have boosted a range of sectors, while in the UK the weakened pound has amplified the value of overseas earnings.

Political risks remain a key a concern going into 2017, but the economic factors that can also steer returns are also in flux.

The return of inflation and potential for interest rate hikes could be detrimental to the expensive consumer staple stocks that many investors have relied upon in the era of ultra-low rates.

Stockmarket predictions should be treated with extreme caution. Instead, investors should consider valuation. While future returns are unknown, history suggests that higher returns tend to follow periods of low stock market valuations.

Here, we look at the 2016 return for each market so far this year (to 11 December), set out the events that have affected those markets and look at valuations as we go into 2017.

As ever, past performance is not a guide to the future and capital is at risk in stockmarket investments.

How to value a stock market

There are many ways to value a stock market, but there are four main methods – p/e, CAPE, price-to-book and dividend yield.

P/e stands for price to earnings ratio and is a measure of a share price compared to its per-share earnings over the past 12 months, expressed as a ratio.

For instance, take a company that is currently trading at £20 a share with earnings per share over the last 12 months of £1. The p/e ratio for this stock would be 20.

CAPE stands for cyclically adjusted price-to-earnings ratio. It is calculated in the same way as p/e, but using the averaged earnings over a 10-year period, adjusted for inflation. This smooths out the ups and downs of a typical business cycle. It is a measure that has gained in favour in recent years.

With all three measures, a lower figure represents better value.

Finally, dividend yield is the percentage of a share price that is paid out in dividends. A higher yield points to better value.

Different investors prefer different ways of valuing investments and there are vocal critics of each method. Yield, for example, can be artificially high if companies are paying out income they cannot afford.

All of these measures apply to whole stock markets as much as single stocks, which is what we’ve done here.

The valuation figures were correct as of 13 December.

Duncan Lamont, Head of Research and Analytics at Schroders, who compiled the analysis, said: “In the short run, markets tend to be driven by lots of noisy factors such as sentiment but in the longer run, valuations tend to come out on top as the single biggest driver of returns. At present the US stands out as being the most expensive major market globally on just about every measure and is also much more expensive than it has been on average in the past. Other markets are cheaper.

“However, this premium valuation is justified to some extent. The US economy is in better shape than much of the developed world, the banking sector is in reasonable health, core inflation has been running above 2% and the country has better demographics than elsewhere.

“Europe is cheaper but European growth is weak, its demographics are deteriorating rapidly, the financial sector has not yet fully deleveraged, many countries are suffering under high debt burdens and much of the region has either been in deflation or has been flirting with it. A similar story could be said of Japan.

“Investors need to be flexible and ready to seek investment opportunities where evidence of innovation and growth is strongest.”

After a dismal start to the year, the S&P 500 returned double digit gains on the back of improving economic signs and a recovering oil price.

Financial stocks received a late boost too following the election of Donald Trump, due to reduced regulatory concerns and because banks should benefit if the US returns to higher rates and stronger economic growth.

Donald Trump’s planned spending, domestic focus and favourable stance towards fossil fuels has boosted sectors such as infrastructure and energy too.

Whether these valuations are justified is the subject of some debate.

Alex Tedder, Head and CIO of Global and US Equities, said: “The current momentum in the US economy, boosted by the proposed Trump agenda, could deliver double-digit earnings growth in both 2017 and 2018.

But he added: “Valuations globally remain unappealing, with most major markets trading above 10-year averages on earnings – the one clear exception being Japan. As interest rates begin to rise, it is likely that valuations will begin to compress: the US looks somewhat vulnerable in that respect.”

From January until June, the FTSE 100 was largely at the whim of uncertainty surrounding the EU referendum.

After a fall from 6,300 to 5,500 points the index strengthened as the market heavily priced in a “remain” victory.

Following a substantial post-vote fall, the index rapidly ascended to 7,000 due to the weakened pound, because the majority of FTSE 100 earnings are from overseas.

Valuation wise, the UK picture is conflicted. The UK market offers a 4% yield, and on a price-to-book and CAPE basis is cheaper than around 60pc of its history.

However, on a p/e basis, it has never looked more expensive, and even tops the US market on a like-for-like basis. This may be temporary and part of a cycle, given that earnings from commodity companies, a staple of the FTSE 100, have collapsed.

The recovery has been powered by a weaker yen versus the dollar, which improved overseas earnings. There has also been a backdrop of fiscal and monetary policies providing support for equities, and the July re-election of prime minister Shinzo Abe providing political continuity.

Few policy changes are expected, and the expected withdrawal of the US from the Trans Pacific Partnership is likely to have a muted impact on Japanese markets.

Shogo Maeda, Head of Japanese Equities at Schroders, said: “If the higher US interest rates and stronger dollar that have prevailed since the election are sustained, the Japanese equity market would be well supported by improved earnings expectations and extremely low long-term domestic bond yields.”

On all measures, the Japanese market looks cheap. Its CAPE, p/e and price-to-book values all sit in the 29th percentile or lower historically, meaning that on all counts the market has been more expensive for at least 71% of its history.

The European market has been the worst performer of the four major markets. In euro terms, the Euro Stoxx 50 index of Europe’s biggest companies is effectively back where it started in January.

The index fluctuated significantly until the Brexit vote, where it fell dramatically before recovering and stabilising.

Investors were positioned for a no vote in the Italian referendum and European markets barely missed a step before heading up after the result.

Italian bank stocks have made significant gains, although the FTSE Italian Bank index is still around 40pc down compared to its January level.

The European market is cheaper than it has been at 44% of the time on a CAPE basis, but is offering a middling yield and a high p/e ratio compared to history.

Controversial French, Dutch and – to an extent – German elections in 2017 will create uncertainty, as will ongoing revelations about the Brexit process.

Rory Bateman, Head of UK and European Equities, explained that Europe had lagged due to years of declining profits, but that 2017 could see European earnings grow at their fastest rate in five years.

He said: “Only 5pc of EU exports go to the UK. Europe’s economic recovery remains slow but steady and we do not expect Brexit to derail this.”

He said: “We therefore feel Europe looks attractive relative to its own history as well as relative to other regional stock markets.

“Much has been made of the deluge of elections due in Europe in 2017 and the uncertain investment environment that could result. We take the view that market uncertainty and volatility frequently present opportunities to buy good companies at attractive valuations. As active, long-term investors, the periods in which we can obtain the best returns are often those when others are most fearful.”