Investment trusts focused on Asia are on course to deliver some of the best returns in 2016, according to data for trust sectors.

Here, we look at the performance of some of the more popular investment trust sectors as 2016 draws to a close.

The year has seen political shocks, currency fluctuations and a rebound in commodity prices. These factors have helped shape the performance of investment trusts this year.

Despite a high degree of economic and political uncertainty, most investment trust sectors have delivered a decent return.

The Association of Investment Companies has supplied data that calculates the average share price performance of the main investment trust sectors from the start of the year to 30 November.

Figures for the five years to the end of November were also included, to give a longer-term perspective (1).

Here is what was revealed. It is important to remember that past performance is not a reliable indication of future results.

Asian investment trusts are popular with investors who wish to back a region with a strong growth story. Wealth is growing fast as economies mature, while the region’s young population is also seen as positive for long-term prospects.

In 2016, Asian markets had a difficult start to the year, but as the year progressed signs of improvement in economic growth and company profits helped boost confidence.

For UK investors the returns delivered by Asia investment trusts – as well as other trusts invested overseas – were boosted when sterling fell after the Brexit verdict in June. When converted back into pounds, overseas stock market returns are given a lift when sterling weakens.

Looking forward, the US presidential result and the prospect of rising US interest rates means investors in Asia face an uncertain 2017. Donald Trump’s protectionist standpoint is a potential negative for global trade and therefore Asian markets. Rising US interest rates may also suck capital out of the region. However, if markets do overreact as US policy materialises there should still be opportunities for skilled stock-pickers to benefit. 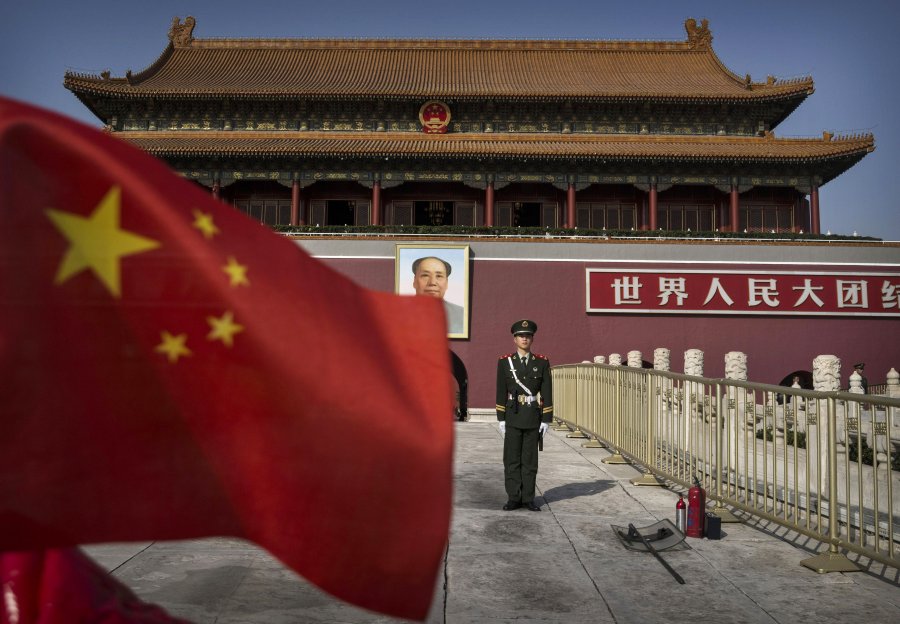 Matthew Dobbs, Head of Global Small Cap and Asia, said: “Sterling returns have obviously been flattered by the weakness of the pound following the Brexit vote, but regional markets have made some progress thanks to the stabilisation of the Chinese economy, accommodative monetary conditions and modest expansion in economic activity"

“For 2017, we remain concerned that near-term stabilisation in Chinese economic conditions has been at the price of delayed economic restructuring and ultimately unsustainable credit growth. On a more positive note, global recovery would be helpful for the region, although subject to no material increase in trade barriers"

“With new leadership in Taiwan, the Philippines and, potentially, Korea, political developments will remain a focus.”

As for valuations, Matthew cited the price to book measure. This compares shares prices with the true value of company assets, with a lower figure representing better value. He said: “Market price to book was 1.54x at the end of November compared to a five year range of 1.34x to 1.77x. There is reasonable overall value, but we believe it is important to be very selective in terms of stock selection.”

UK-focused investment trusts are popular with British investors so we include figures for two of the most closely watched sectors. It should be noted “discounts” on trusts have generally widened in the past year, which serves as a drag on returns for those selling. More is explained here on discounts and premiums.

It has not been a strong year for UK stock market investment trusts. Over the longer-term, however, they have delivered robust returns.

Concerns about the EU referendum unsettled markets in the first half of the year, with the FTSE All-Share hindered also by concerns about the global economy. Returns were better in the second half of the year due in part to a fall in sterling, which boosted companies that earn much of their revenues overseas. Stocks that are more exposed to the domestic UK economy have generally not done as well.

Andy Brough, Co-Head of Pan-European Small companies, said about UK investment trusts: “Trust discounts widened substantially as investors wrote off the UK economy in the light of Brexit and then, just when you thought it was safe to go back into the water, along came Trump.

“2017 is going to lead to investors focusing on any signs of pressures on revenue and margins as a result of increasing inflation and the slowing of end markets.

“Double digit dividend increases could remain a feature for mid-caps (medium-sized company shares) so we would expect discounts on mid-cap trusts to narrow as investors become more confident.”

Sue Noffke, Fund Manager, UK Equities, said: “Heading into 2017, we’re readying ourselves for more volatility as Brexit negotiations begin while we also have a number of high profile European elections to monitor.”

“On current levels of profitability, the UK market looks fully valued, particularly defensive stocks (those which are considered to be less effected by the wider economy) such as those in the consumer staples sector. However, there are pockets of value which present us with good opportunities. This includes banks and insurance, both of which should see profits improve should bond yields continue to rise.”

Returns from the Japanese stockmarket have been buoyed in recent years by a range of extreme stimulus measures deployed by the central bank. The power of these interventions may be waning. The strength of Japan’s currency, the yen, also determines much for investors. A substantial portion of the gains delivered by Japanese investment trusts this year can be attributed to sterling weakness against the yen. In local currency terms the Nikkei 225 index has been a disappointment.

In 2017 the yen’s relationship with the dollar will be key. If the dollar stays strong, the Japanese market could be supported by better profit expectations – a weak yen is good news for Japan’s big exporters. Equities in Japan continue to look good value against bonds. 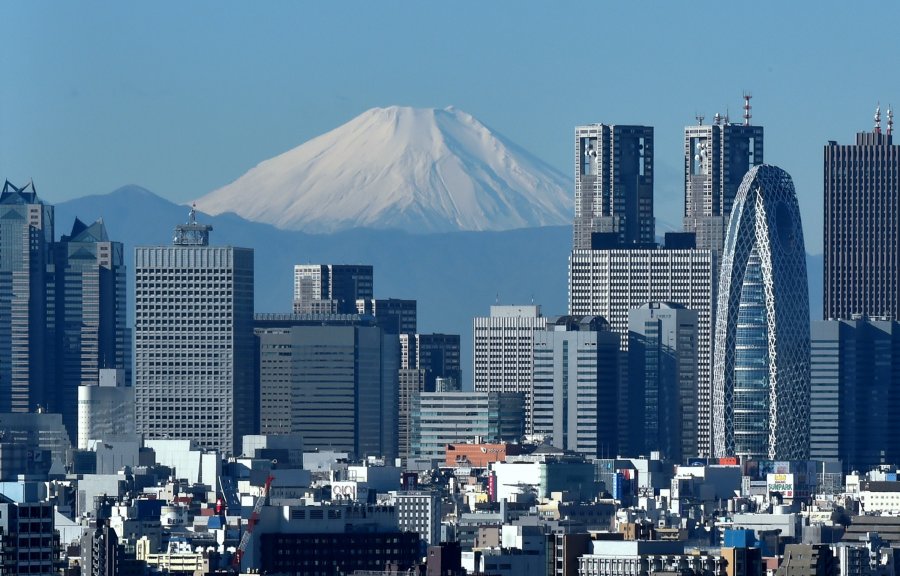 Andrew Rose, Fund Manager, Japan Large Cap Equities said: “The markets’ initial reaction to President elect Trump has been equity positive and yen negative. Will this remain the case once he takes office? Given the recent weakness in the yen and rebound in oil prices will the Bank of Japan inflation target come more into view and what impact will this have on monetary policy? Corporate profits were under pressure for much of 2016 but look to be bottoming out and 2017 should be a stronger year"

“How do valuations look today? Whilst the market has risen by about a quarter from its June low, valuations started at a low level and accordingly do not yet look stretched overall in terms of price to earnings ratio(this is used to value companies as it compares the share price to the earnings per share), price to book ratio and even dividend yield.”

Where suitable for the individual objectives and risk appetite, some advisers recommend holding property funds as part of a balanced portfolio. Historically, commercial real estate has offered strong and stable income. Prices also often move differently to those of other assets, such as equities, potentially helping to reduce volatility in a portfolio.

This year, June’s vote to leave the EU temporarily knocked confidence in the real estate market. Some open-ended funds were forced to halt investor withdrawals. Investment trusts, however, are structured very differently and would not need to impose such restrictions.

The Brexit impact on the commercial real estate market was fairly short-lived, although concerns remain.

Duncan Owen, Global Head of Real Estate, said: “The uncertainty over the UK’s future trading arrangements with the EU and free movement of people raises a question mark over London’s role as a centre for international business. On a positive note, several big US technology companies have re-affirmed their commitment to London, citing the city’s large pool of creative people with skills in IT and digital media.

“How should real estate investors proceed? The strategy we favour is to focus on those cities which have diverse economies, strong universities and good infrastructure. These cities are likely to continue to attract businesses, almost regardless of politics. They are centres where people wish to live and work. In the UK, we prefer office and industrial assets in Brighton, Bristol, Cambridge, Leeds, Manchester, Oxford, Milton Keynes and Reading. We also continue to monitor the London office market and are ready to invest in a small number of specific locations.”

European stock markets have also had a difficult year as a lack of earnings growth has undermined investor confidence. Earnings may begin to pick up in 2017, though a deluge of elections due on the Continent means that market volatility is likely to persist.

Donald Trump’s election has helped to push the US stock market to a record high on hopes that the President-elect’s pledges to cut taxes and increase infrastructure spending will boost corporate earnings and spur further equity market returns.

His aggressive policy agenda might be watered down in Congress, but if much of it makes it through it could deliver double-digit earnings growth in both 2017 and 2018. That would be supportive of further gains in US equities.

This was the year that the fortunes of emerging markets turned, following several years of turbulence. This was not only in Asia, but also Brazil and Russia, which started to emerge from recession, aided by rising commodity prices. As with Asia, politics and rising US rates could be a headwind for all emerging markets in 2017.

Following five years of devastatingly poor returns, commodity prices have surged upwards in 2016. The oil price has jumped 34 per cent since the start of the year as the WTI Cushing (West Texas Intermediate Crude) benchmark has risen from nearly $37 a barrel in January to just over $49 a barrel at the end of November. The rally in oil has coincided with a broader recovery in global commodity prices.

Exchange rate changes may cause the value of any overseas investments to rise or fall. Emerging markets generally carry greater political, legal, counterparty and operational risk.

Investing solely in the companies located in one country or region carries more risk than spreading the investments over a number of countries or regions.

– Test your own investor psychology with the Schroders Income IQ test

This article is intended to be for information purposes only and it is not intended as promotional material in any respect. The material is not intended as an offer or solicitation for the purchase or sale of any financial instrument. The views and opinions contained herein are those of the named individuals and may not necessarily represent views expressed or reflected in other Schroders communications, strategies or fund. The material is not intended to provide, and should not be relied on for, accounting, legal or tax advice, or investment recommendations. Reliance should not be placed on the views and information in the document when taking individual investment and/or strategic decisions.

Past performance is not a guide to future performance. The value of investments and the income from them may go down as well as up and investors may not get back the amounts originally invested. Exchange rate changes may cause the value of any overseas investments to rise or fall.

We recommend you seek financial advice from an Independent Adviser before making an investment decision. If you don't already have an Adviser, you can find one at www.unbiased.co.uk or www.vouchedfor.co.uk

For further explanation of any financial terms, visit www.schroders.co.uk/glossary.