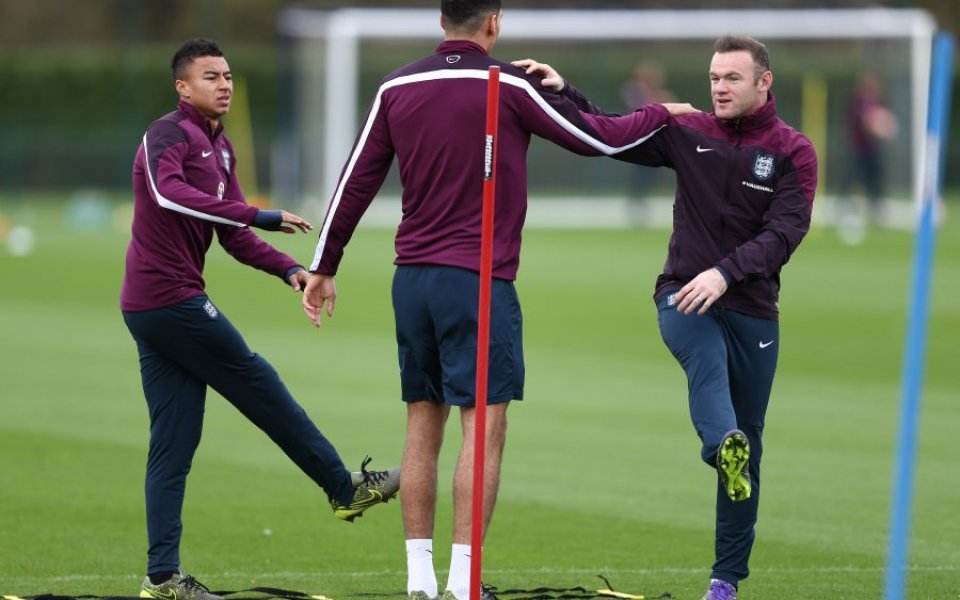 Is England's football team less experienced than ever?

Roy Hodgson's current squad includes players such as Dele Alli, Jack Butland and Jesse Lingard, who have only made a handful of Premier League appearances but have been quickly promoted to the international stage.

Lingard, for example, has only played five times in the Premier League and has clocked up just 193 minutes yet recent performances for Manchester United were enough to make him Hodgson's first port of call when Michael Carrick withdrew from injury earlier this week.

The 22-year-old may be nothing more than a back-up at this stage, yet there are plenty of first-team players who are also relatively inexperienced.

Harry Kane, Ross Barkley and Raheem Sterling all appear certain to feature for England at Euro 2016 yet only Sterling has managed more than a century of Premier League games. And even then, only just – the Manchester City forward has played 106 times in the Premier League.

Hodgson's current squad has played an average of 8,128 Premier League minutes each – at least 6,000 less than players in squads taken to any of England's last four major tournaments.

Furthermore, this current squad averages just 102 Premier League games between them – in the last four major tournaments the next lowest average was 188 games at last year's World Cup in Brazil. 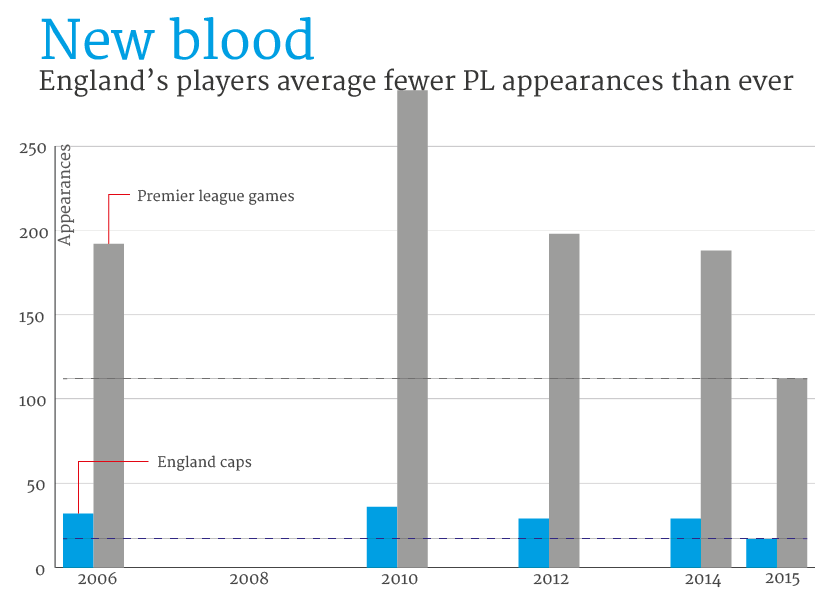 In recent years England has seen long-serving members of England's "golden generation" from David Beckham to Rio Ferdinand to John Terry to Steven Gerrard either fall out of favour or retire from international football.

The most experienced England squad taken to recent tournaments was the ill-fated class of 2010 selected by Fabio Capello.

Ever since, the Premier League experience within England's squad has slowly fallen.

The only players included in the current squad who were taken to South Africa by Capello are Joe Hart and Wayne Rooney (although Carrick would also be included in this had he not been injured).

For example the below graph, which displays a dot for every player in each of England's recent major tournament squads and its current qualifying group, shows the contemporary Three Lions largely clustered together with few caps and few Premier League games. 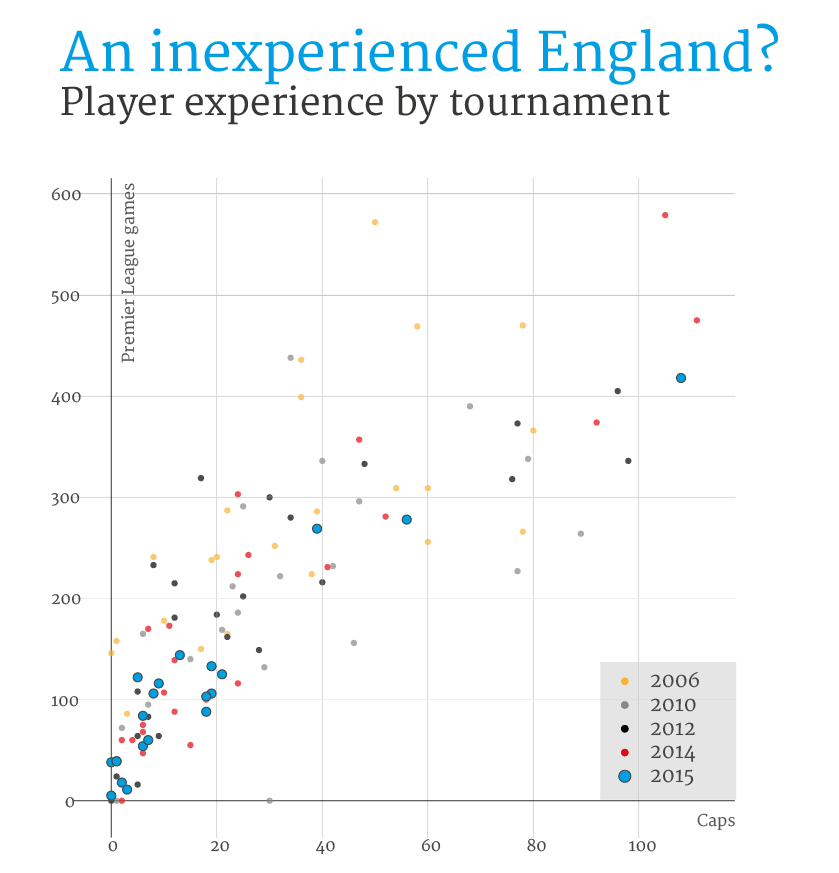 England's failure to produce any consistent players to take over from the "golden generation" has meant now-emerging youngsters such as Kane, Sterling, Barkley and yes, maybe even Lingard, have quickly risen to international prominence with few established internationals standing in their way.