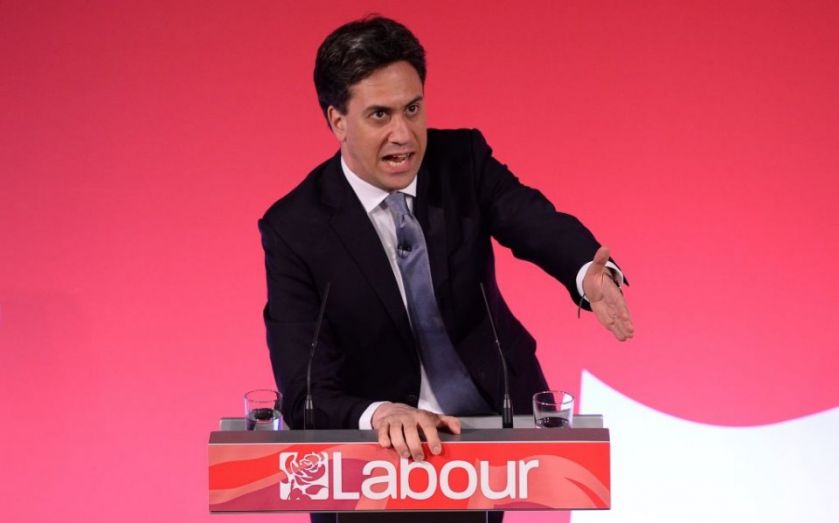 As a nation, today we need to decide which party is most likely to deliver the kind of society we want.

The society I want is balanced, dynamic, outward looking, just, entrepreneurial, and meritocratic. A society full of opportunities for all, regardless of where you live, what your parents do, or what type of school you attended. Where hard work and innovation is rewarded, but also where there is a social safety net that ensures those who are less advantaged are not left out in the cold. Where every young person can get on and do well if they work hard.

But how do we pay for the public spending and investment we need? In truth, we can only pay for it if we have a healthy economy. Labour will ensure we have one. But a healthy economy for the majority, not just for a small minority.

Despite the current Tory narrative, when you look at the policies Labour has put forward, you will not see any that are “anti-business”. Is the same true about the Conservative Party? I can’t think of anything more anti-business than exiting the EU, and yet that is a very real prospect if the Tories win this election.

Besides the risk of an EU exit, the biggest factor holding back our growing companies is a shortage of skilled recruits, be they engineers, biotechnologists or computer coders. How frustrating that, when so much of our population is working in low paid unskilled jobs, thousands of businesses are saying that they want to employ more people at higher wages but can’t find enough skilled candidates.

For UK businesses to flourish, the economy requires an educated population, with high level vocational training, decent apprenticeships, and world-beating universities. This is the way to create more high value jobs while simultaneously improving our export base and better commercialising our scientific base.

We also need investment in R&D, full employment on decent wages, rising living standards and social mobility. We need growth in all the regions of the UK, not just the south. And we need more skilled entrepreneurs. Between 1997 and 2010, entrepreneurialism thrived under Labour. The party’s legacy in supporting entrepreneurs and innovators is one that Labour can be exceptionally proud of.

It was a Labour government that brought in the R&D tax credit scheme and it was the changes that Labour made to the Enterprise Investment Scheme (EIS) that saw the scheme take off. From 1997 to 2010, the number of companies raising funds through the EIS grew five fold and the average amount raised under EIS each year was £613m, compared with only £48m a year under the prior Tory government. And of course it was Labour that introduced Entrepreneurs’ Relief.

But while Labour wants a society that rewards innovators and entrepreneurs, it also wants one where successful businesses and the most wealthy pay a fair amount of tax through a progressive taxation system that ensures the funding of our public services. This is the society that Labour stands for: economic prosperity and social justice, as two sides of the same coin.

Labour’s manifesto includes action to tackle some parts of our economy where we see real unfairness. But it also includes measures which cut business rates for small businesses, maintain the most competitive corporation tax in the G7, establish a British Investment Bank to support growing business, and which will preserve our trade within the European Union. That to me is a pro-business agenda.

Of course if your sole determinant of what is good for business is tax rates, business or personal, then probably you will vote Tory. But if you’re a businessman who, like me, thinks staying in the EU, and investment in schools, skills and infrastructure is more important, then you should vote Labour.