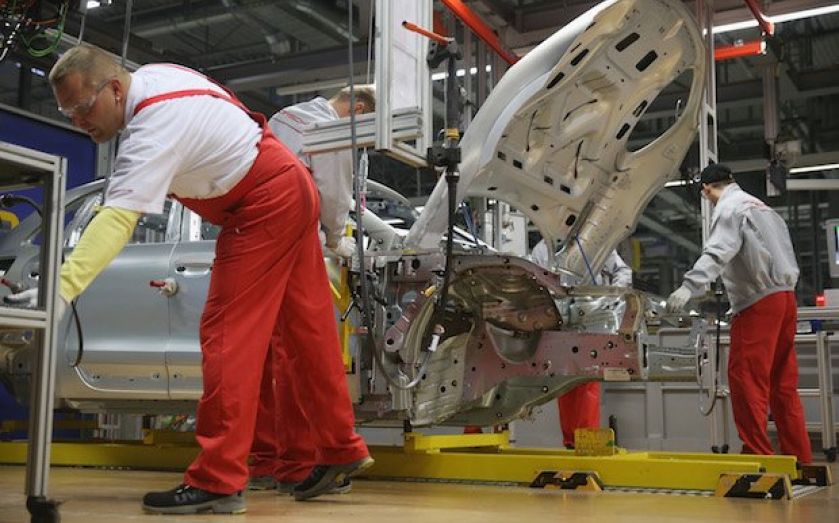 While consensus was for a 0.7 per cent rise – so initially the pickup looks pretty encouraging – December’s fall of 0.6 per cent was revised up to a drop of 0.1 per cent, and several analysts had been expected a bigger jump in January, particularly after orders data showed a 1.2 per cent rise.

The effect of the increase has been to push up production to 5.0 per cent annually in December – the highest it’s been since August 2011.

The figures also give a sturdy base for the first quarter, explains Capital Economics. Even flat production last month and this would still result in a solid quarterly gain of around 1.7 per cent – pulling well ahead of the fourth quarter’s 0.5 per cent growth.

But the research group says there are “reasons not to get too excited”.

We still think that the strong euro could temper the recovery even in Germany’s competitive industrial sector – note that some survey indicators may already have started to weaken.

But all the same, Capital Economics says the figures provide "some early support" for its expectation that the economy will expand by a reasonably solid 1.5 per cent or more this year.

And Christian Schulz of Berenberg assures us that Germany’s healthy domestic economy will allow the country and, by extension, the Eurozone, which benefits from German imports, to weather any turbulence from Ukraine.