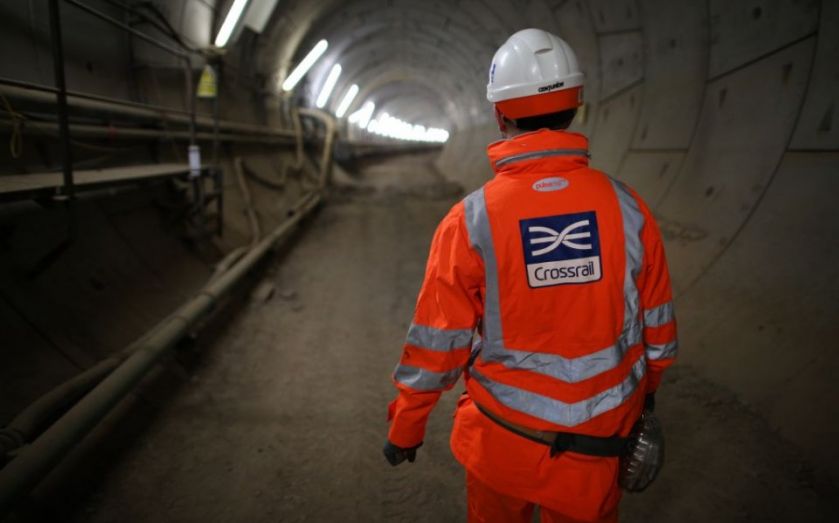 It is difficult to believe that it was half a decade ago that Liam Byrne – a Treasury minister in Gordon Brown’s government – left that infamous note for his successor. It apparently read, “Dear chief secretary, I’m afraid there is no money left… Good luck.” Of course, Byrne was only half right. Since 2010, the present chancellor has burned through around three and a half trillion pounds. Nearly one pound in every five of that was borrowed – ironically, broadly in line with previous chancellor Alistair Darling’s plan. So much for “no money”.

But when it comes to spending on discretionary items such as infrastructure, Byrne was perhaps closer to the mark. According to a recent report by the National Audit Office, government capital investment shrank by one third in real terms between 2009-10 and 2013-14, falling from £57bn to £42bn.

Governments since the war have ramped up borrowing and spending to fund social security and health, largely at the expense of capital programmes. According to the Institute for Fiscal Studies, between 1953-54 and 2013-14, UK net government investment fell by more than two thirds as a proportion of national income – to just 1.5 per cent of GDP. Over the same period, current expenditure ballooned from 34.5 per cent to 42.4 per cent of GDP. Nearly all the growth was in social security and the National Health Service. Surely government is about more than footing an ever-increasing welfare and healthcare bill?

Looking forward, the parties appear to be offering more of the same: increased funding for the NHS, home helps and the like, but no detail about where corresponding reductions in other parts of government spending will need to occur. Despite some fine words about infrastructure commissions and plans, it is hard to see where much long-term investment in new commuter or Tube lines, housing or schools will be coming from, particularly in London.

The coalition had an ambitious £466bn “plan” for the UK’s infrastructure. But it tangles up public and private sector numbers, projects that are underway and aspirations to the turn of the decade. At the same time, the OBR’s estimate of the present administration’s capital spending projections to 2019-20 shows a fall compared to 2014-15 as a share of GDP.

So if we leave ministers to their own devices, the prospects for closing London’s £135bn infrastructure gap in housing and transport (alone) are not promising. Furthermore, commentators reckon that the SNP will be more hostile to investment in the south of England, where most population-driven need exists.

While all the major parties are generally in favour of High Speed 2, strategic road investment and investing in the north, for Londoners, once the existing Crossrail scheme is completed, there are no major new transport schemes in the offing for hard-pressed commuters. No party is providing anything approaching a cast iron guarantee to get the urgently-needed Crossrail 2 built. This in a city which contributes 22 per cent of GDP with just 13 per cent of the population, which exports billions in tax every year to support the rest of the UK, and whose population is growing by a hundred thousand people a year.

But there may be glimmers of hope. All parties are committed to increased decentralisation. If the mayor and the boroughs are given greater discretion as to how resources are spent, that might help ease the squeeze on capital programmes. Local authorities have a much better record at capital investment and delivery than central government. And at least the narrative of the parties is sympathetic to building things. Even the SNP jams in 17 references to infrastructure in its manifesto (up from two in 2010).

As part of any future coalition pact, London MPs of all political persuasions should be calling for greater borrowing and tax raising powers for the city’s government. The markets would be relatively relaxed about diligent, competent London government issuing debt to invest in capital schemes. After all, borrowing to build railways and houses is more attractive than borrowing to fund welfare. Investment, in turn, will boost London’s economy and the tax take for central government. Local government would be given effective delivery mechanisms to tackle the housing and transport problems that Londoners want solved. We could start to reverse the trend away from government investment. All in all, a win-win situation? Now that would give the next chief secretary something worth writing about.