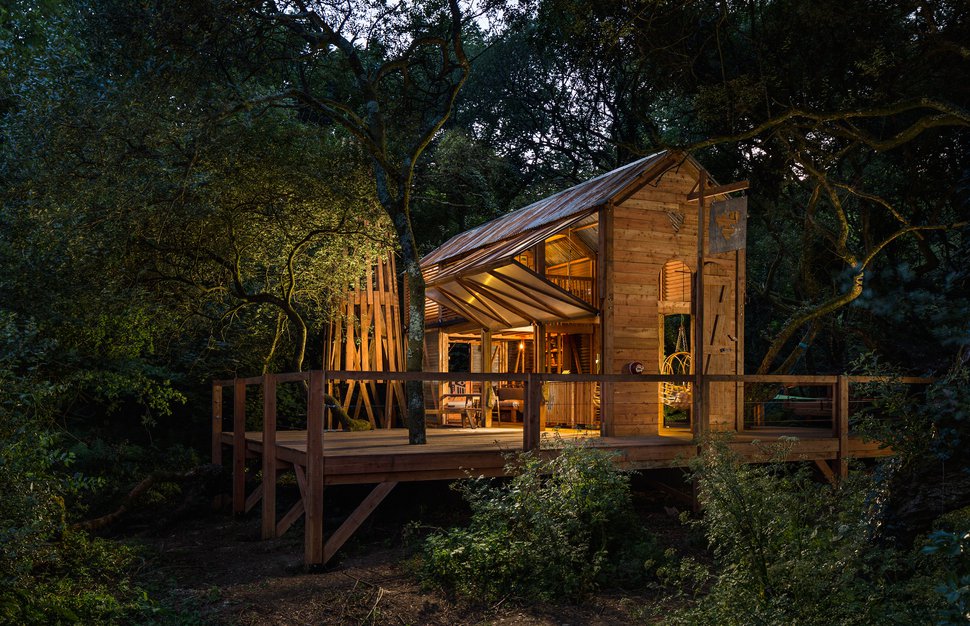 In August 2018, Carlsberg unveiled a new pub. Its maiden pint was pulled not in a well-trafficked city-centre location, but in a woodland clearing. Instead of a glamourous launch party, the cheers of just six people greeted the first round.

It’s a little odd to think of a big beer brand undertaking a marketing campaign which goes so far to be so far out of the way.

It’s also unusual that the pub – called the Carlsberg Cabin – was built by complete novices who first met five days earlier at the end of a dirt track near Tintagel in Cornwall.

But this pub, and the stories of the strangers who built it, represents a much larger overhaul of Carlsberg’s conventional approach to marketing.

When the craft beer trend disrupted the industry, challenging established brands’ credibility and authenticity, it put many on the back foot. But for Carlsberg, a brand with over 150 years of craft brewing to its name, it was a shot in the arm.

The wake-up call was realising how its legacy had been clouded by ad campaigns focused on associations with long-standing British culture, rather than Carlsberg’s own. Could it stand for something more than football match refreshment?

The rebrand campaign which followed put Carlsberg back in touch with its roots, not just as a brewery but as an ambassador for Denmark. The resulting campaign – “The Danish Way” – was launched in 2017, and brought craft and philosophy together to introduce new tools for a happier life, fronted by Mads Mikkelsen.

A stronger cultural role proved powerful, as the campaign lifted Carlsberg sales by 20 per cent. But in a world of brands out to “make a difference”, Carlsberg would be challenged to prove its philosophy and put it into action.

Which brings us back to the Carlsberg Cabin. This little pub in the forest is a first step to making the brand’s philosophy concrete – or in this case, timber. The building is Danish in form and function, and the Danish way was integral to the building process itself.

When that first round was poured in that Cornish clearing, it wasn’t shared among six influencers or celebrity ambassadors. Instead, it was savoured by a group of strangers in celebration of more than their newly-built pub. As behind-the-scenes videos show, the group forged new relationships, confidence, and self-awareness in the process.

As audiences continue to search for authentic experiences, there may yet be many more philosopher-brands presenting great thoughts or lofty ambition. For those brands, success beyond their competitors will rely on making worthy principles tangible, useful, and human.