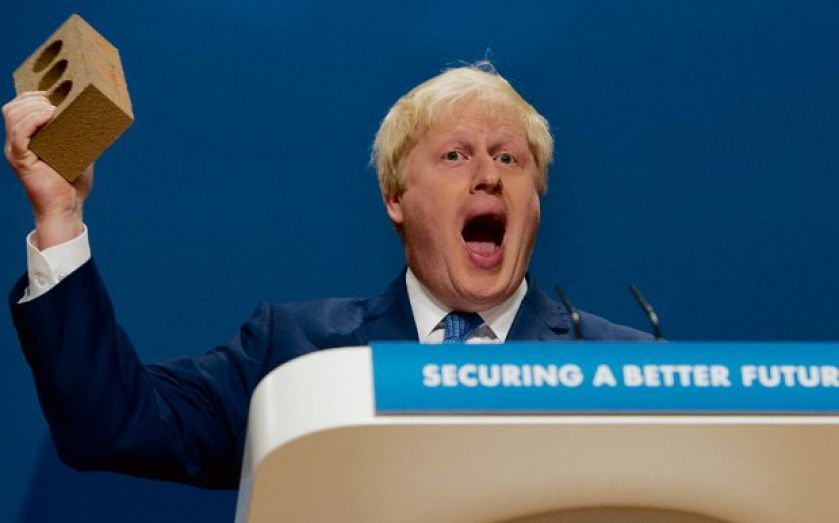 London mayor Boris Johnson gave a typically jovial speech at the Conservative party conference in Birmingham yesterday, bouncing around on stage holding a brick above his head while promising not to throw it at the audience. Johnson, who is hoping to win a seat in the House of Commons next year, spoke of how the capital is fuelling a boom at a brick factory in Newcastle-under-Lyme and warned against moves to curb London’s growth. “Brick, my little friend, you will not be alone in London,” Johnson said, adding: “There is a lot of work for the factories of the Midlands.” Johnson also called for new homes being built in the capital to go to UK citizens first before “oligarchs from the Planet Zog”. Arguing that he is nonetheless in favour of foreign investment, the Mayor continued: “I see space to build hundreds of thousands in Lon don without carving up the greenbelt” – a line which will no doubt please his prospective constituents in Uxbridge and South Ruislip.