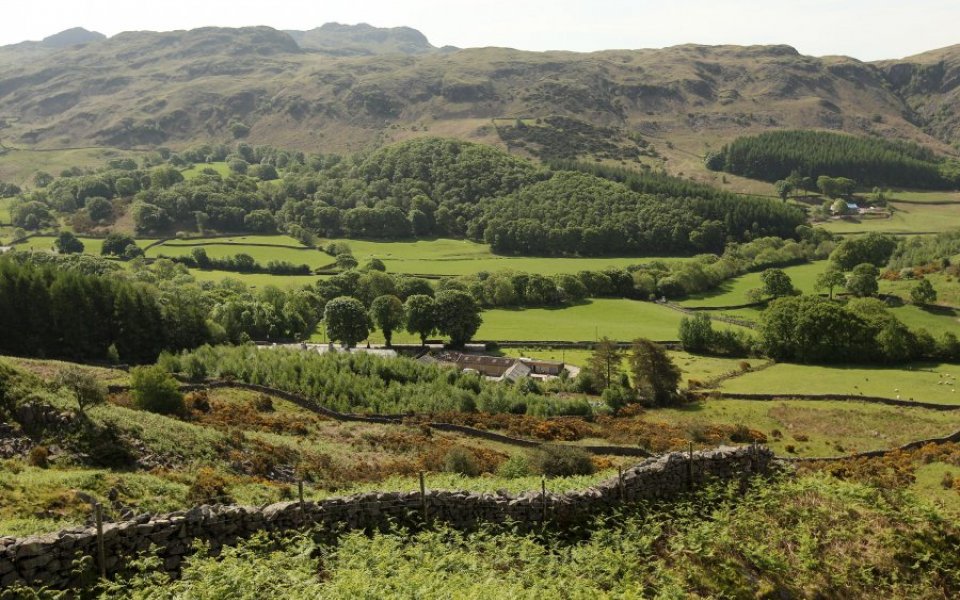 By now we’ve all heard – and heard again – how hard it is to get on the housing ladder. In the capital alone – where a generation has been priced out of the property market – one organisation has already said people should “just move out of London“.

But just where in the country is it hardest to get on the housing ladder? We looked at median house prices in local authorities and compared it to median salaries in the same local authorities to find a price-to-earnings ratio – an indication of how hard it is to buy a home in that area. 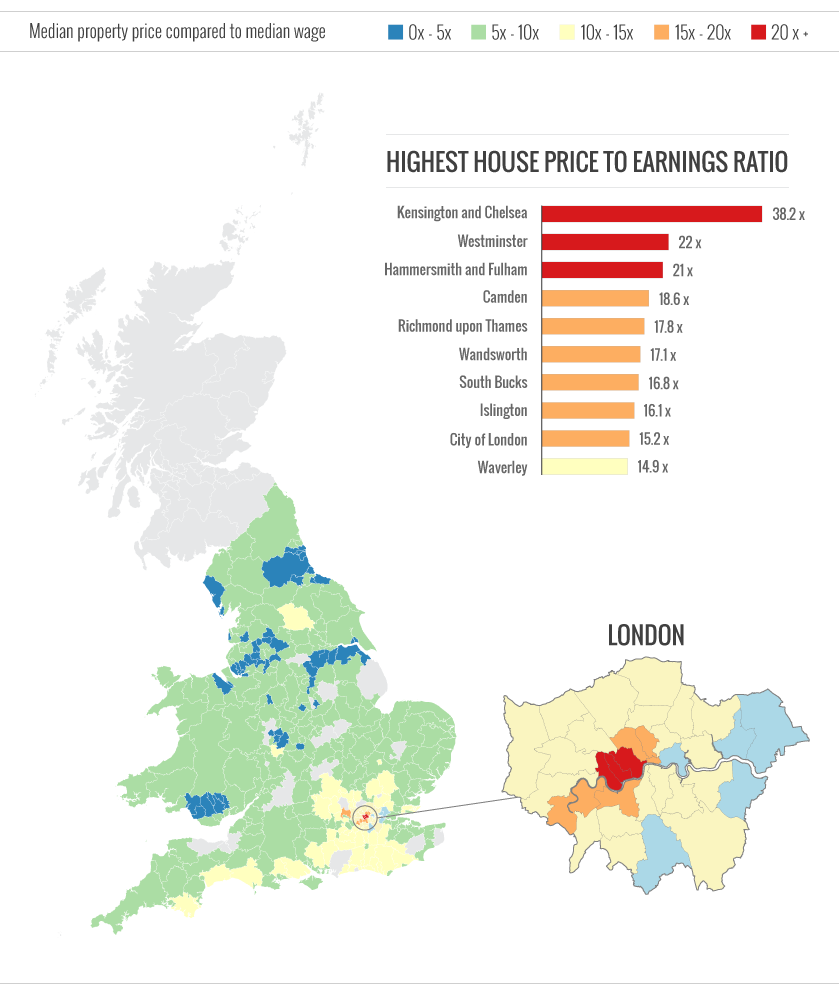 No surprise, then, that local authorities in London are where it is hardest to climb that first rung on the housing ladder – in particular in Kensington and Chelsea, where house prices are the most expensive in the country, even though salaries are well below some other areas of London, and indeed the country, according to data published by the Office for National Statistics.

The data also shows that areas in the North East, East Midlands, North West and Yorkshire and the Humber have the lowest house prices and lowest salaries, moving up into the West Midlands, Wales and the East of England, before reaching the most expensive areas to live in the South East, South West and London.

Many areas in London, however, lie slightly off trend, where the price-to-earnings ratio is higher, including Hammersmith and Fulham, Westminster and Camden.

Tower Hamlets stands out due to its high median annual income against low property prices. Copeland, in the Lake District, meanwhile has annual median earnings close to those of Tower Hamlets, but house prices which are towards the lowest in the country.

This week, PwC published research showing almost 60 per cent of 20-39 year olds in England will rent homes by 2025, with just 26 per cent getting on the housing ladder. So the situation is unlikely to improve.