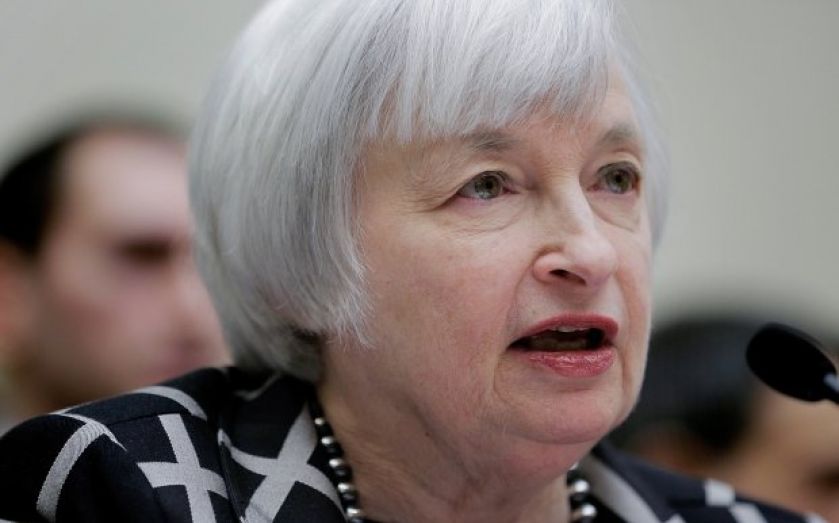 Back in September 2008, now Fed chair Janet Yellen attended a meeting of the Federal Open Market Committee as an alternate member. That meeting came the day after Lehman Brothers went bust.

Here's what she had to say:

During the past several weeks, my head office and Branch directors have become decidedly more pessimistic about the economic outlook. My own assessment of incoming data coincides with theirs.

With respect to growth, our forecast is similar to the Greenbook’s, with a little more weakness in the second half of this year and a little more strength in 2009. I think the risks to this forecast are decidedly skewed to the downside. I agree with the Greenbook’s assessment that the strength we saw in the upwardly revised real GDP growth in the second quarter will not hold up.

Recent data also suggest that labor markets are weakening across the board—a development that will cast a pall on household income and spending. The interaction of higher unemployment with the housing and financial markets raises the potential for even worse news—namely, an intensification of the adverse feedback loop we have long worried about and are now experiencing. Indeed, delinquencies have risen substantially across the spectrum of consumer loans, and credit availability continues to decline.

And she was still able to make jokes during the hottest part of that meltdown:

My contacts report that cutbacks in spending are widespread, especially for discretionary items. For example, East Bay plastic surgeons and dentists note that patients are deferring elective procedures. [Laughter] Reservations are no longer necessary at many high-end restaurants. And the Silicon Valley Country Club, with a $250,000 entrance fee and seven-to-eight-year waiting list, has seen the number of would-be new members shrink to a mere thirteen. [Laughter]

Here are the rest of the highlights from that mid-crisis meeting.