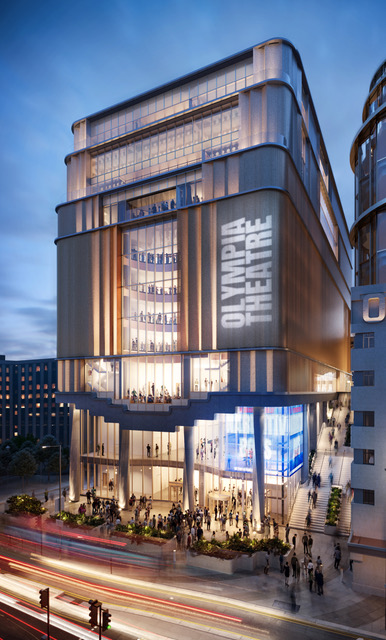 Trafalgar Entertainment has signed a 70-year lease at the new Olympia Theatre in West London, which is scheduled to open in 2025.

The agreement, which will run for 35 years with the option to extend for a further 35, is part of a broader ambition by the live entertainment business to create a venue of national stature as the UK emerges into a post-pandemic era.

The 1,575-seat venue will be the largest new permanent theatre build of its kind to open in London since the National Theatre in 1976.

Co-founder of Trafalgar Entertainment Howard Panter, said: “Looking forward to a new golden age of theatre, Olympia presents a once-in-a-generation opportunity – it is quite simply one of the most exciting new theatres London has seen for many years and we’re delighted to be playing our part as operator.

“Trafalgar Entertainment is determined to help the return of live entertainment across the UK. We know that audiences want passionately to return to the unique magic that is live theatre.”

The theatre’s developers Yoo Capital and Deutsche Finance International are also in advanced talks with other potential occupiers.