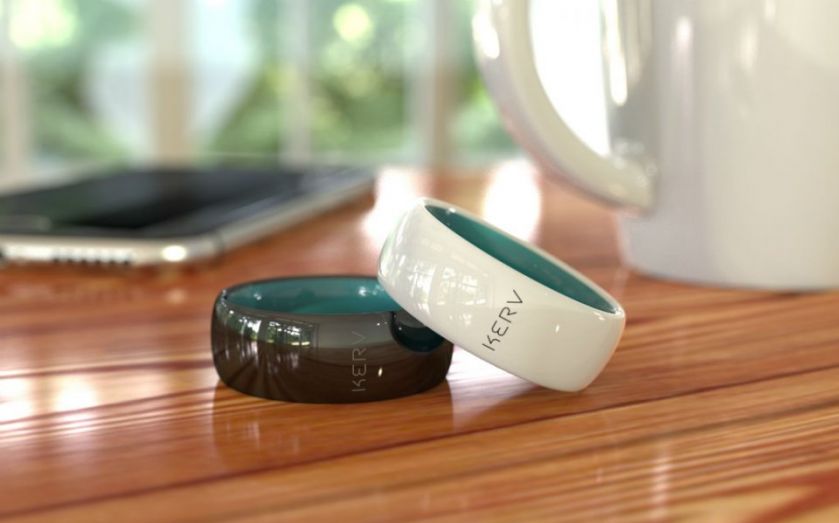 There's nothing worse than the faff of having to rummage through your bag or pockets to dig out your contactless card, Oyster or old-fashioned paper ticket. Even worse is being stuck behind someone else doing the faffing and holding up your journey.

There's a new wearable device that could make all that a thing of the past though.

Kerv is the world's first contactless payment ring, leaving you ready to pass through the ticket barrier during rush hour completely hands-free.

The British fintech startup has created a ring that can be used to pay for not just travel, but for any purchase that you might normally use a contactless card, from coffee at Pret to a few essentials at Boots.

Here's how easy it is.

Contactless payment with credit cards and Oyster is hugely popular, and is only set to grow further with new devices such as smartphones and smartwatches – largely thanks to Apple – having contactless pay technology.

For anyone who isn't willing to fork out for the costly Apple devices but is still wanting to embrace wearables, the Kerv ring could be the answer.

"Currently, wearable payment devices are either eye-wateringly expensive or thoroughly unattractive. But the biggest issue I have is that they're all worn on the wrist, which has to be placed flat against the contactless reader in a way that feels extremely unnatural and awkward. With a creative background – plus eight years' experience in payments – I felt we could do better. So we did, designing Kerv to be the most ergonomic, natural and convenient contactless payment method possible," said founder Philip Campbell.

Using NFC technology (the same tech used in iPhones to support Apple Pay) Kerv can be used for payments up to £30, simply taking the cash from a prepaid account which is set up with the ring.

It's waterproof, comes in a simple black or white plain design – althuogh perhaps its biggest selling point is that it doesn't run out of charge.

Kerv is being funded on Kickstarter, and pledging £25 will get you one when they ship in April next year. More than 700 people have already backed the fundraising, with £31,429 of its £77,000 target already raised in just four days.