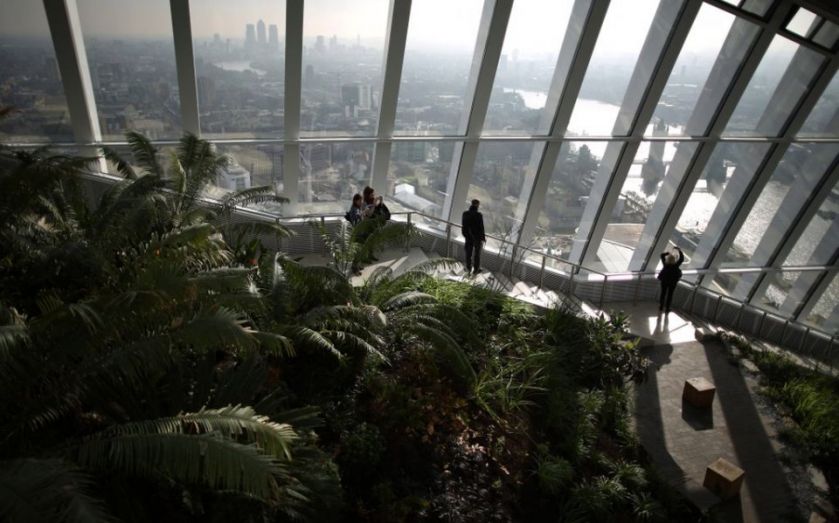 First there was the little problem of the Walkie Talkie dazzling passers-by and melting cars. Then there was the bad hair day it brought to City workers.

Read more: Walkie Talkie Sky Garden: How to book a visit to the stunning public park with views across London

Now, in another spate of bad luck, it seems the owners of the skyscraper could be forced to make changes to the Sky Garden after claims that the scheme wasn’t built according to plan.

In a report published by The City of London Corporation this week, chief planning officer Annie Hampson said the layout of the Sky Garden at 20 Fenchurch Street was different from the plans in the approved Section 106.

Level 36 was meant to have two terraces on either side of the restaurant – for diners and non-diners – providing equal views towards St Paul's Cathedral. However the one for non-diners was never built. Meanwhile only one staircase was built between level 36 and 37 although the original drawings contained two.

Other complaints in the report include the fact that there is no food or drinks counter on level 36 while the one on level 35 is too big.

She warned that to restore the Sky Garden to its original layout Canary Wharf Group and Land Securities would have to close the Sky Garden “for a significant period of time” and “at considerable cost” to implement the works.

Despite these grumblings, people close to the situation said that planners and developers should be able to smooth out their difference and find some middle ground.

At a meeting on Friday, members of the planning committee will decide on whether to agree to some the changes that Land securities and Canary Wharf have put forward. These include adding more planting to the northern side of the sky garden as well as a new servery.

“The arrangements intended to enhance the visitor experience to mitigate the construction of the Sky Garden not in accordance with the original plan remain to be finalised and agreed by the Committee. If agreed these measures should form part of the variation in the S106 to secure their delivery,” the report said.

Land Securities said: “Over 200,000 people have made a free visit to the Sky Garden at 20 Fenchurch Street since we opened to the public in January. We’re incredibly pleased with the positive feedback we’ve received to date and we look forward to welcoming many more visitors in the future.”

“We’re committed to ensuring that anyone making a free visit to the Sky Garden continues to have as enjoyable an experience as possible and, like other visitor attractions, we will continually review new ways of achieving this.”