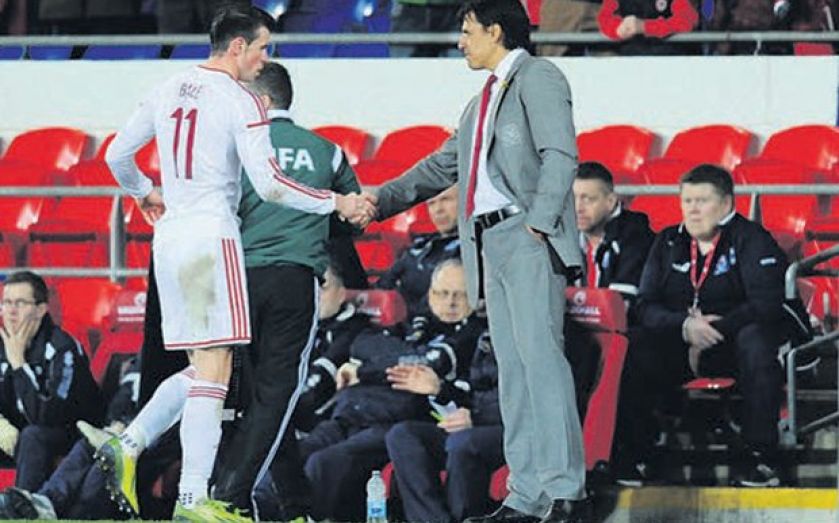 LED BY Gareth Bale, predictably named Welsh Player of the Year for a record fourth time earlier this week, Wales have risen to 29th in the world rankings, and hold every chance of beating Bosnia Herzegovina in Cardiff tonight.

Wales got off to a thoroughly uninspiring, yet ultimately winning start to the Euro 2016 qualifying campaign when Bale’s late goal saw them beat Andorra 2-1 away.

A victory over a team that has now lost its last 45 competitive games is hardly cause for celebration, but at least means Chris Coleman’s men have been beaten just once in their last six matches – a 2-0 reverse at the hands of Netherlands.

In a Group B that Belgium are expected to walk, second-place is up for grabs and three points against the Bosnians will give the Welsh real hope of making their first major tournament in 40 years.

Bosnia looked decent when topping their qualification pool for the 2014 World Cup, hitting 30 goals, but that was a weak group and their performances in Brazil proved them to be average.

They went down 2-1 at home to 85th-ranked Cyprus last time, a team that had failed to score in their previous nine matches.

I’m surprised the market isn’t closer for this game and Wales look a big price at the 13/5 available.

If Wales are to win, Bale is likely to be the hero. The Real Madrid star has hit 10 goals in his last 11 games for his country. A small buy of his total goal minutes could prove rewarding at an attractive 22 with Sporting Index.