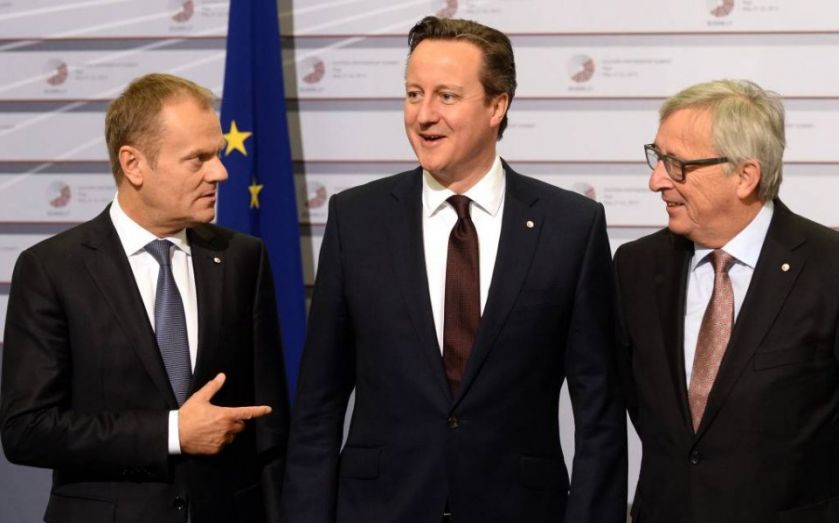 Between David Cameron’s election victory and his address at the recent summit in Brussels, the debate in Britain over its place in Europe has sparked into life.

Polls suggest more than half the electorate support remaining in the EU. Business leaders’ views are varied, but one thing they all agree on is that prolonged uncertainty about the UK’s status in Europe is hurting growth as firms freeze investment until the issue is resolved.

Few question the case for reform but even fewer believe Cameron can hope to make any real progress in Europe between now and 2017. By then, the Eurosceptics may be even stronger and will pounce on any obvious failures. For the pro-EU camp, the current timetable looks counterproductive and risky.

That’s why it’s essential that the referendum is held now, with subsequent renegotiations – not only of the UK’s place in Europe but also of the future shape of the EU itself – following the outcome. With elections due in both France and Germany in 2017, there is no appetite in Europe to wade into arduous negotiations. Cameron is guaranteed to return home virtually empty handed.

Surveys indicate that most British businesspeople want continued UK membership of a “reformed EU”. Corporate bosses fear an exit would jeopardise trade with our biggest commercial partner and deter non-European players for whom access to EU markets is one of Britain’s main draws. With half a billion consumers, the EU is the world’s largest market. To remain influential as a champion of free trade at a time when agreements are being hammered out with the US and Japan, the UK needs to be negotiating from inside the club.

The advantages to Britain are not only at the national level. Many regional economies are dependent on Europe not just for exports but for their supply chains too. In the North East, for example, 20 per cent of heavy industry procurement is from the EU. Any departure from the Single Market would have far-reaching implications across the UK.

There were no surprises in Cameron’s outline of reforms. Anxious to avoid being held hostage by Eurosceptics in his own party, he’s keeping the discussion vague, which in itself suggests he knows real progress is impossible in the next year. Amid varied speculations in recent months, it had seemed likely that at least three of his demands – curbs on migrants’ benefits, safeguards against caucusing by Eurozone members, and an opt-out from the commitment to an ever-closer union – would have required Treaty change, something he has now admitted he has no chance of securing in time. Others, such as easing the regulatory burden on businesses, might offer a marginally better chance of progress, although the reception tends to be much frostier when such concessions are sought specifically for the City, which they will be. Completion of the Single Market for services – one of the reforms for which many businesses are clamouring – will take years and should be led by the UK from within Europe.

Leaving aside populist sops like welfare restrictions and the opt-out, these are serious long-term reforms which arguably have less to do with the UK and more to do with the kind of EU that can work better for all members. There are signs that conditions are improving: Angela Merkel has expressed her support for Britain’s continued role and influence, and Frans Timmermans, vice-president of the European Commission, has shown a clear commitment to cutting red tape and devolving more power to national parliaments. There’s no doubt Cameron can and should play a central role in the push for a leaner EU, but with Treaty change impossible in the timescale, now is not the time. Agreements in principle to change the law at some point in the future are next to worthless; it only takes one veto when the time comes to scupper his plans.

On top of all these considerations is an unstable political situation at home. Cameron’s promise of a referendum was expedient but the real balancing act is still to come. With the slimmest of majorities, he now has to deal not only with Eurosceptics on his back benches but also with the SNP, who will push for a new referendum on Scotland should the UK leave Europe. And lurking in the electorate are nearly 4m Ukip voters, few of whom will be swayed by anything he might achieve between now and 2017.

It’s an unenviable position but he should keep three things in mind. First, he’s still fresh from a surprise election victory. Second, as Scotland showed last year, the status quo tends to have the advantage in a referendum even in the face of passionate opposition. Third, and most importantly, voters aren’t stupid and cannot be placated for long by vague promises and unrealistic timeframes.

Supporters of the EU should not and will not be silent. We mustn’t allow the question of Britain’s EU membership to undermine the country’s prosperity and presence on the global stage; nor should we allow politicians to use the issue for their own ends. It’s time for the government to set a date and give voters the tools to make an informed decision. The longer this limbo continues, the more damage it will do.