Winter is done. I’m no Michael Fish, but I’m calling it.

The season is finished. That pathetic sprinkling of grey snow we had last week was all that nature dared throw at us. From here on in we can gently coast back up the thermometer, past the teens, into the twenties, and then beyond to the inevitable heatwave that will consume the city and boil many of us alive.

The Volt Axis is a foldable commuter bike with a mid-mounted Shimano Steps 250 watt motor and an Alfine Di2 8-speed gear hub, combined with a Gates CDX carbon belt drive system – a configuration that Volt claims is the first ever found on a folding bike.

The setup is fast and responsive, zipping you up to the legal speed limit of 15mph in no time at all. The fully-automatic Shimano gear system shifts up and down in such a way as to constantly balance your physical effort with the motor’s electric horsepower. The bike takes care of working the gears, so all you have to do is pedal.

And crucially, it folds up so you can take it on the train or tube. Unlike the Brompton Electric, which collapses into itself like an aluminium yogi, the Axis folds back on itself like a big spokey book. Unclip the crossbar and the entire front swings around to meet the back. The handlebar snaps and twists around in a way that’s not possible or even useful to describe in writing, and then everything is held in place by magnets, nature’s wizards. The resulting package is still rather large and heavy for a folding bike – at 18kg you wouldn’t want to carry it very far – but it’s collapsible enough to endure the scrutiny of any train guard (if those even exist any more).

The advertised range is 60-plus miles in super eco sweatlord mode, but comes in at closer to 30 if you plan on letting the bike do most of the work. In any case it’s more than enough to get you across London and back several times, such that you need only charge the battery using your employer’s electricity. The ultimate pennypincher’s con, and really the only range you need out of an e-bike.

The £3,000 price reflects the high-specification of every inch of the Volt Axis, but you won’t find a more hard-wearing and reliable electric folding bike on the market. 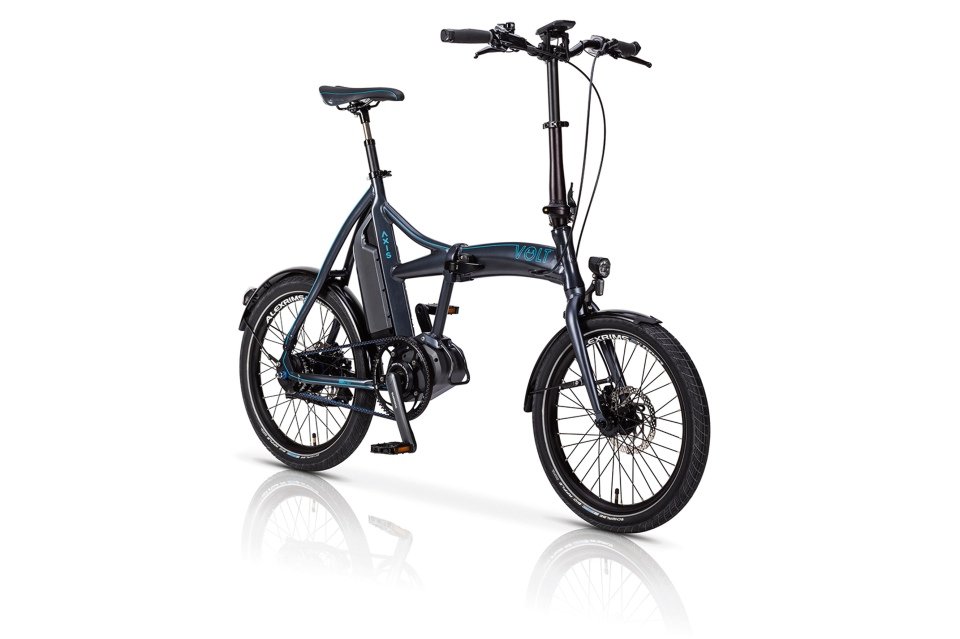