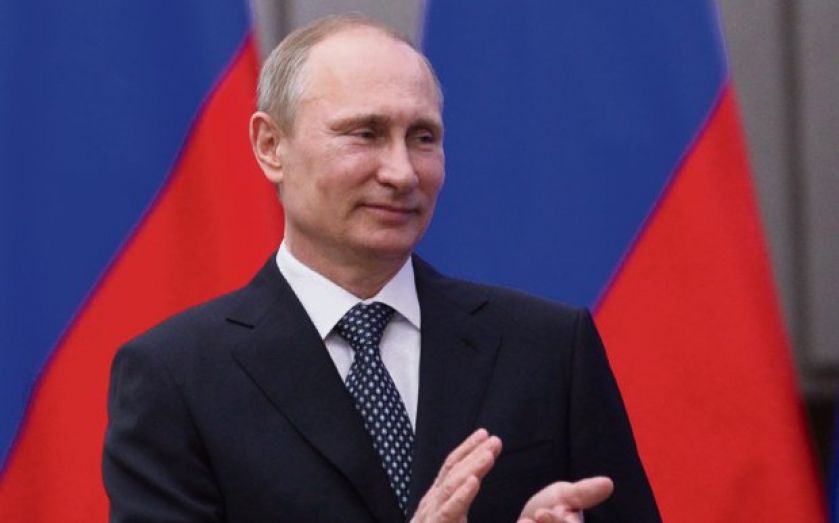 Russia’s citizens have been here before – they know the drill.

Everything looks terrible now, but the positive spin is that we could see a new start in 2015.

A solution to the Ukraine crisis is a pre-condition, laying to rest the political and financial stand-off with the West. Without full integration in the global economy, a comeback is impossible: capital won’t flow in and out of Russia until sanctions are lifted, and self-sufficiency isn’t an option.

The EU wants stronger verbal support for Ukraine from Vladimir Putin, who’s not backing down. But give it another three or four months, and both Russia and Europe will want to work more constructively toward a solution.

The macro risks remain very high if recent dynamics spin out of control. But I remain a long-term bull. It may sound naive now, but Russia has the resources and people to be a great nation – just not with present policies.

If the crisis produces a mandate for change, Russia could be 2015’s biggest positive surprise.

Russia’s current problems are not just about oil and sanctions, but years of neglect and the failure to change the country’s role as a commodity play, where oligarchs seek rents at will.

The basic question is: why did Russia grow at just over 1 per cent per year, even when oil prices were over $100 a barrel and the Fed was providing cheap financing?

The problems lie in a poor business environment, red tape, bureaucracy, corruption, and inadequate protection of property rights and the rule of law.

Add in overdependence on commodities, weak demographics and a brain drain, and the result is that Russia is not a secure place for locals or foreigners to invest. Even in the good years, annual levels of capital flight were over $50bn (£31.9bn).

The whole mode of governance needs to be changed, but this would threaten the model which has kept Vladimir Putin in power. Russia needs radical reform, but Putin is very much a “small-c” conservative at heart.