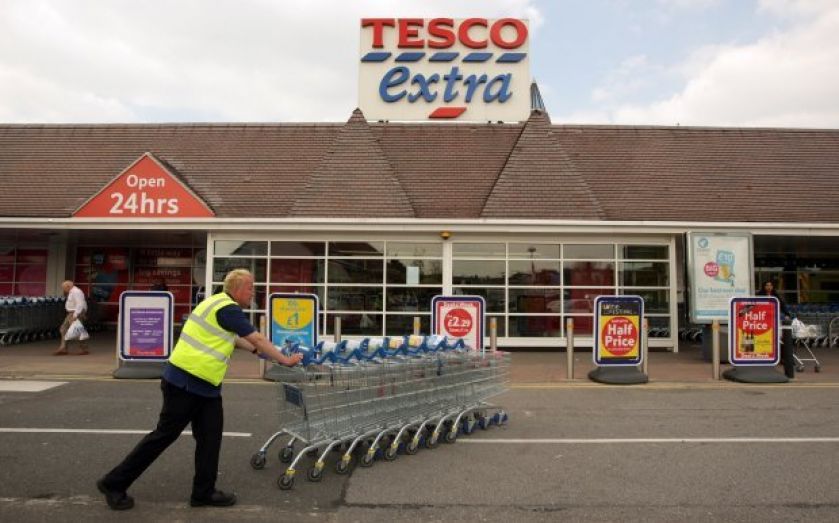 Pandemonium has erupted as Black Friday reached fever pitch in a number of stores across the UK.

This year the all-American import was bigger than ever with the likes of Sainsbury's, Marks & Spencer, and Tesco getting involved. They slashed prices on everything from electricals like TVs, tablets and other gadgets to designer watches, clothing and toys.

Hundreds of people descended on stores across the UK to queue, push, shove and scrabble over the hefty discounts. But it didn't stop there – there were punch ups in supermarkets and police were called.

Meanwhile, retailers' websites struggled to keep up with demand as customers were unable to access the deals being offered by Tesco, Argos and Currys because their websites returned error messages.

Black Friday kicked off with hundreds of people pouring through the doors of retailers across the UK.

It was all too much for some shoppers, who found themselves getting into punch-ups at supermarkets.

One man barged other shoppers out of the way before launching himself into a stack of sale items.

Black Friday could now be the worst day of the year to work in retail (trumping Boxing Day).

And if Black Friday wasn't bizarre enough already, one Asda store marked the occasion by enlisting a group of dancing cheerleaders.