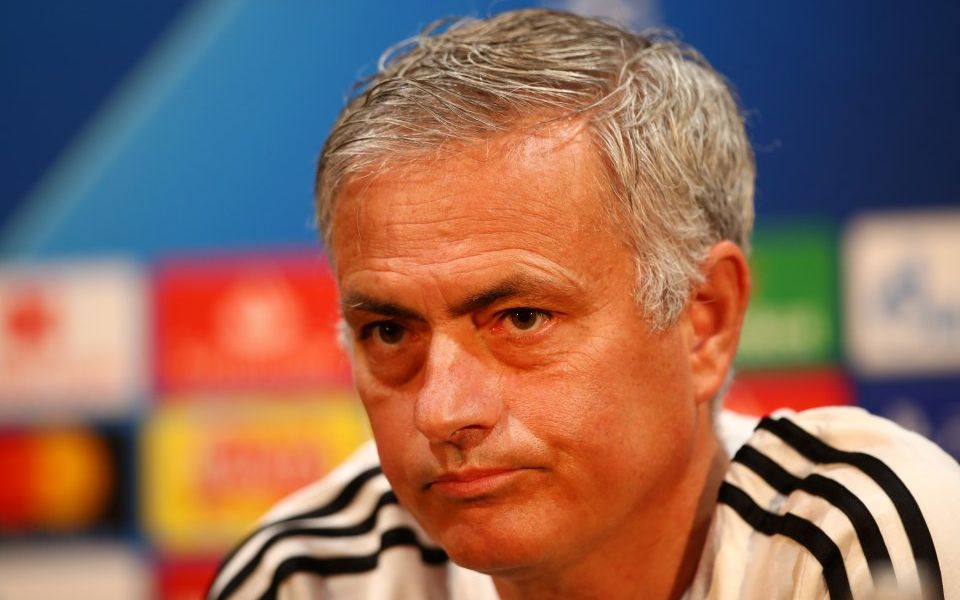 What a difference two weeks make.

Thirteen days ago Jose Mourinho was reflecting on his side’s 3-0 victory over Young Boys – Manchester United’s biggest away win in the Champions League for five years.

The performance, in his own words, was “not phenomenal, but good enough”. How Mourinho longs to make such an assessment of United’s play now.

Read more: Four things we learned from the Premier League this weekend

Instead of producing half-hearted praise for his players, the Portuguese manager is now putting his grumpy demeanour to the use it appears intended for: trying to stay afloat as the waters rise around him.

Since that comparatively cheery trip to Switzerland, Mourinho has born witness to an uninspiring draw, two chastening defeats of contrasting natures, an ever-escalating fallout with his star player and former vice-captain, ex-players and pundits lining up to flagellate him and swirling rumours over his future. 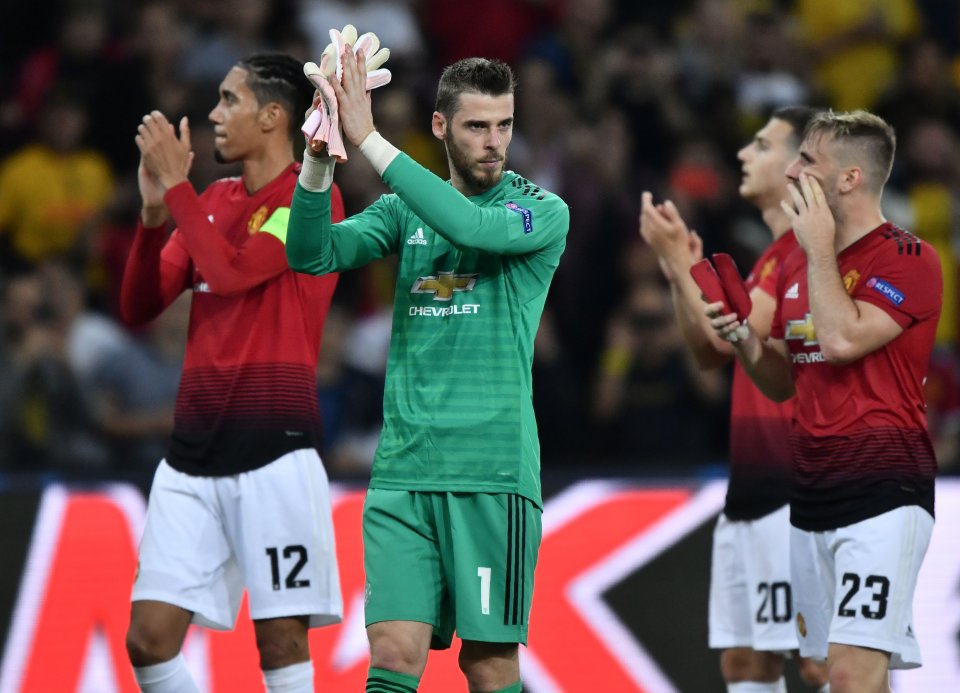 Manchester United were enjoying happier times two weeks ago with a win in Switzerland (Source: Getty)

“For myself, speaking of my own feelings, I am really happy that we have a game on Tuesday,” Mourinho informed the club website after Saturday’s alarming 3-1 mess of a loss against West Ham – the result which left United with their worst top-flight start in 29 years and increased calls for his sacking.

The game which Mourinho is so looking forward to is against Valencia at Old Trafford in the Champions League tomorrow.

In his much-anticipated press conference yesterday he said he doesn’t believe his job is on the line, but refused to reveal whether he’d spoken with the club’s executive vice-chairman Ed Woodward.

It being Mourinho, however, he did manage to top up the rising tide around him by aiming a shot at his own players. Although reticent to point the finger, he did say “I think some care more than others” when it comes to United’s plight. 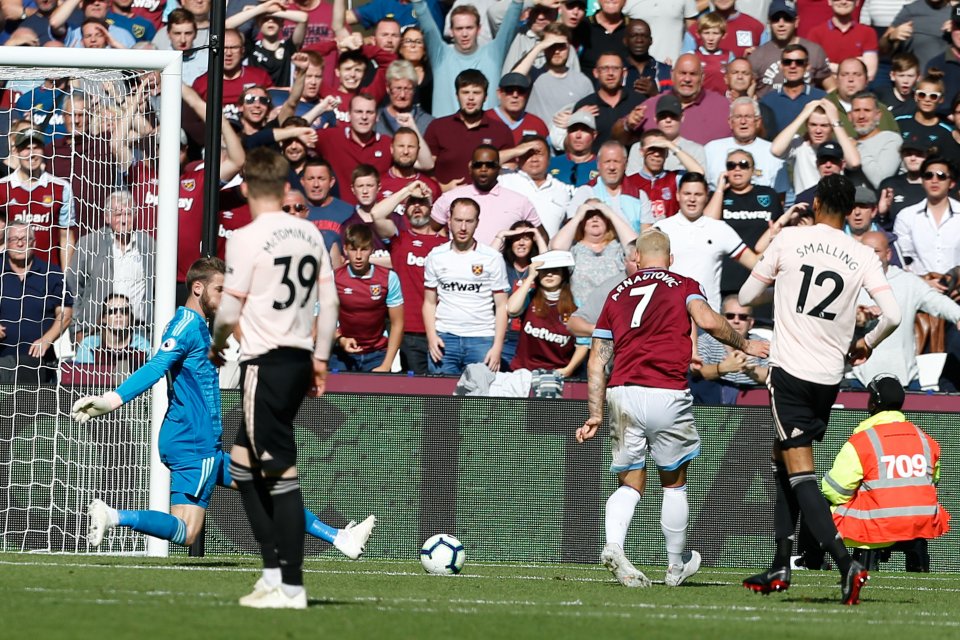 West Ham put United to the sword in a 3-1 win at the London Stadium on Saturday to increase pressure on Mourinho (Source: Getty)

Nemanja Matic, the unfortunate player wheeled out to speak to the press, backed up his boss. “The manager is trying to turn this around,” he said. “I can say that in the club everyone is giving his best to do better for the team.”

With the circus showing no signs of wanting to leave town, Valencia’s visit represents an opportunity for Mourinho and his players to prove themselves.

Just what the side who take the pitch at Old Trafford tomorrow will look like is anyone’s guess.

Mourinho has already used 22 different players – 21 of whom have started at least once – in the Premier League this season as he chops and changes in a combination of searching for performances and adapting to the latest falling out. The result is that goalkeeper David de Gea is the only player to have been on the pitch for every single league minute.

After the defeat by West Ham, which left-back Luke Shaw described as “honestly horrendous”, Mourinho is surely going to fire up his random number generator which helps him arrive at his starting XI. 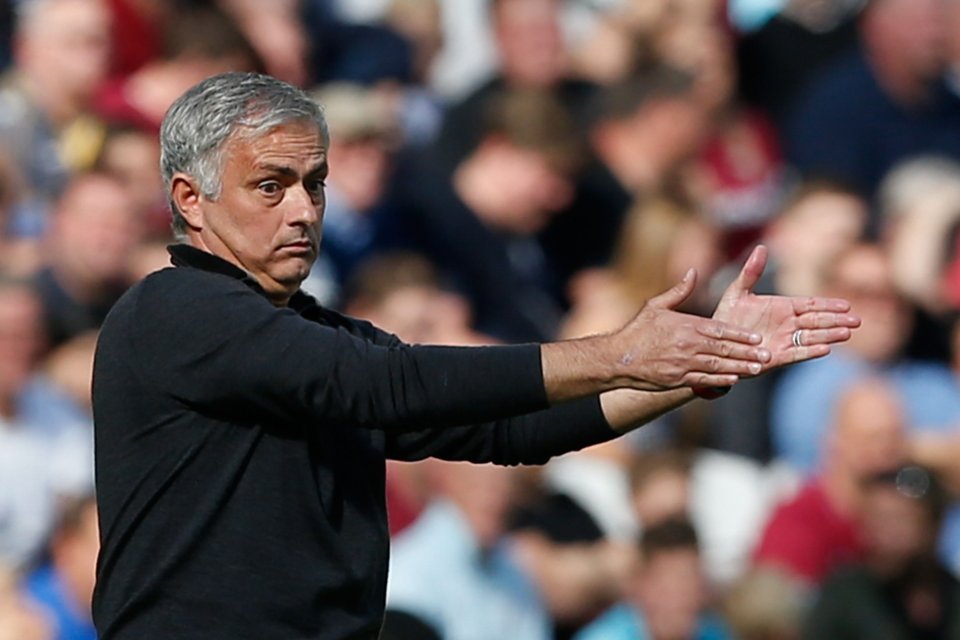 Jose Mourinho's troubles are mounting at Old Trafford and Valencia could trigger more problems for the Portuguese manager (Source: Getty)

Having started young midfielder Scott McTominay in a back-three on Saturday, anything is possible.

The opposition they will face tonight are unlikely to play receptive guest to whatever ploy Mourinho opts for.

Valencia may have started the La Liga season sluggishly with five draws from seven games, but their 1-0 away win at Real Sociedad on Saturday sees them arrive in Manchester with renewed confidence.

Under the highly-rated Marcelino they pose a tough nut to crack. Successive 12th place finishes were followed by fourth last term and the former midfielder’s balanced 4-4-2 and love of fast counter-attacks are dangerous, despite their profligacy in attack so far this campaign.

Mourinho may have brushed off suggestions that he is facing the biggest challenge of his career, but if Valencia were to follow Lyon’s lead two weeks ago in producing a surprise win in Manchester then Mourinho’s third season syndrome could arrive at its familiar conclusion sooner than expected.