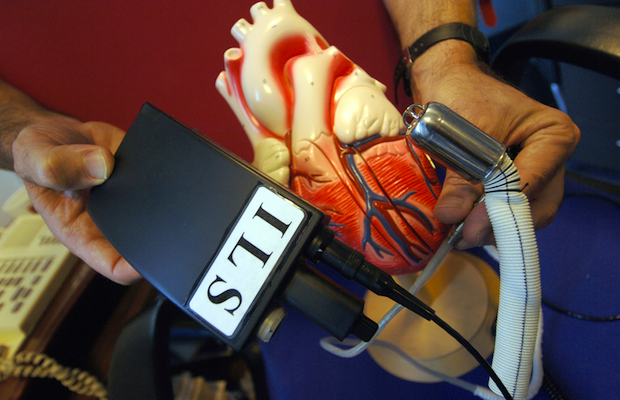 A US firm that makes artificial hearts has raised $14m (£8.6m) to expand and develop a smaller version of its Total Artificial Heart. SynCardia Systems will also be marketing its Freedom portable driver which powers the artificial heart. The device is designed to be wearable so patients can carry it in either a shoulder bag or a backpack. The Freedom portable driver is still awaiting approval from the Food and Drug Administration.

SynCardia hopes that by expanding its product line it will be able to triple its market base and sales potential.

Since 2010 SynCardia has tripled its sales and spent over $2.5m (£1.5m) expanding its facilities in Tucson Arizona. 1,262 people across the world have been implanted with the Total Artificial Heart.

SynCardia is not the only company hoping to expand its presence in the artificial heart market. French firm Carmat hopes that its artificial hearts will be available to patients in the EU by 2015. However, Carmat will need to gain regulatory approval from the EU before the product can be launched.

The company hopes to market the product in the US and has already been in contact with Johnson and Johnson, Medtronic and Edwards LifeSciences.

The artificial heart imitates muscle contractions and contains sensors which alter the patients' blood flow. Carmat estimates approximately 100,000 patients in the US and Europe could benefit from the device.