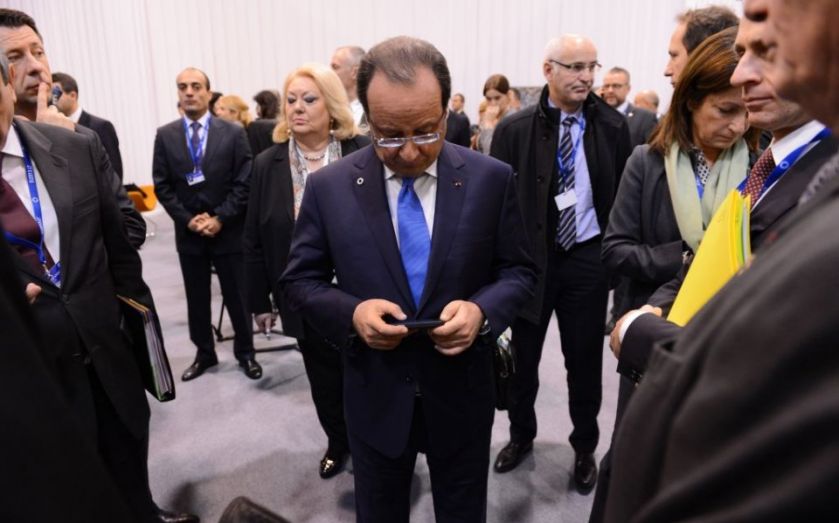 The US National Security Agency has been spying on French politicians for at least six years, according to Wikileaks documents published by the French newspaper Liberation.
Read more: Germany’s Angela Merkel sends strong warning to US over spy claims
Those whose phones have allegedly been tapped include current President Francois Hollande, as well as his predecessors Nicolas Sarkozy and Jacques Chirac.
The White House denied the accusations that it spied on Hollande, but did not deny spying on former Presidents.
Read more: Osborne speaks up for Huawei after spy fears
“We do not conduct any foreign intelligence surveillance activities unless there is a specific and validated national security purpose,” said Ned Price, spokesman for the National Security Council.

This applies to ordinary citizens and world leaders alike. We work closely with France on all matters of international concern, and the French are indispensable partners.

The supposed spying spans back as far as 2006, and includes listening in on phone calls of many French diplomats and ministers.
No major secrets have been uncovered about Hollande, but the reports do reveal how he once met up with Sigmar Gabriel, Angela Merkel's German opposition leader, without her knowledge to discuss a possible Grexit.
Share:
Tags: Surveillance