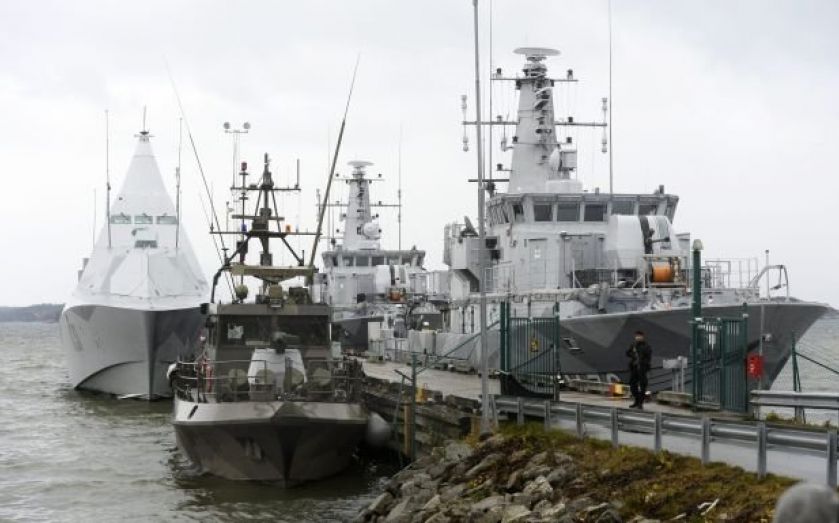 Sweden says it has proof a foreign submarine entered its waters last month, prompting Swedish Prime Minister Stefan Loefven to increase the country's border defenses and military arsenal.
Swedish Armed Forces Supreme Commander Sverker Goeransson said the navy had “fully confirmed that a foreign power violated Swedish territory underwater”.
At a press conference today in Stockholm,  Loefven described the unauthorised entry as “completely unacceptable”, and said any powers seeking to test the country's resolve would face “enormous risks”.
“The government sees this information as very serious and at the same time it calls for action. Securing the nation’s borders is one of the most important tasks of any government. We demand that Swedish territory is respected.”
Russia is viewed as the most likely culprit for the mystery vessel's presence, but its foreign ministry has consistently denied this. In October, it issued a statement saying there had "been no extraodinary, let alone emergency situations, involving Russian military vessels".
HISTORY REPEATS ITSELF
There is a definite sense of military deja vu – in the 1980s, the sighting of a Soviet submarine resulted in Sweden issuing Cold War security alerts, and just two months ago the Swedish government complained to Moscow that two Russian aircraft had entered Swedish airspace.
The reason for Russia's purported sneaking around in the seas of Scandinavia is unknown, but if it did decide to attack, it looks unlikely that Sweden's military would be equipped to deal with the superpower.

RUSSIA VS SWEDEN: HOW DO THE TWO COUNTRIES STACK UP?

When it comes to military might, it's all about the bottom line, and Sweden falls at the first hurdle. In 2012, it spent just $6.46bn on military – less than a tenth of Russia's $90.7bn military budget a year later.

If they were to fight it out the old way, Russia also looks to be in the best position, beating Sweden fifty-fold. Thanks to its conscription, Russia claims 766,000 personnel, while Sweden has just 15,400.

If things got really out of hand and Russia decided to launch a nuclear attack, Sweden would have next to no chance of success – while Russia has 1, 600 active nuclear warheads out of a total of 8,000, Sweden has none whatsoever.

Sweden might find itself to be a little out of practice, too – since the start of the 1900s it has been involved in just four military conflicts –  the Congo Crisis, the Bosnian War, the war in Afghanistan and the Libyan Civil War.
By comparison, Russia gas been involved in 41 conflicts ranging from the Civil War in Tajikistan to the Islamic Rebellion in Xinjiang, and also both World Wars.
Sweden cannot claim a single victory, whereas Russia has won 16.

Most damning surely is the 2013 report that says Sweden could not actually defend itself in a conflict.

In short: this is one fight Russia will win.