Unemployment has fallen from 7.6 per cent to 7.4 per cent in the three months to October, according to the Office for National Statistics. Analysts had expected no change this month. 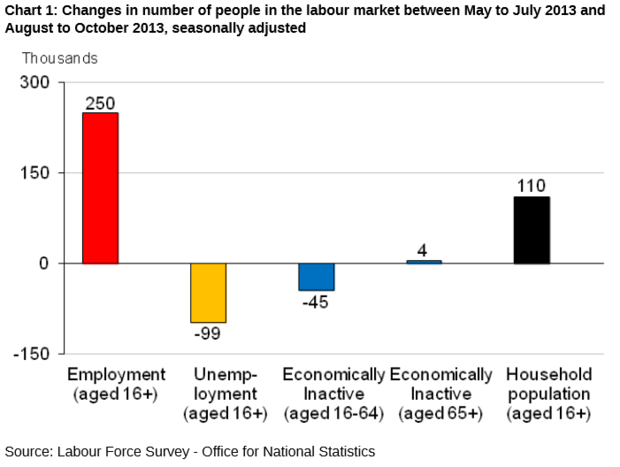 Jeremy Cook, chief economist at World First, points out that "the strength in jobs numbers cannot and is not being replicated in wage negotiations."

Average earnings including bonuses rose by 0.9 per cent in the same period (beating forecasts of an 0.8 per cent rise) – compare that with yesterday's consumer price inflation data showing inflation at 2.1 per cent in the year to November.