What are the UK's most shorted stocks? 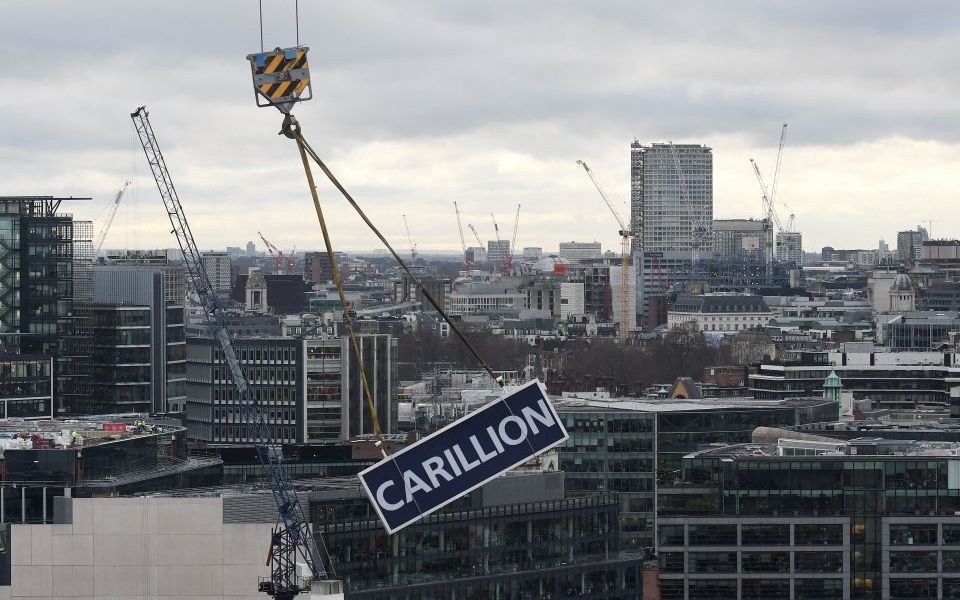 Hedge funds made millions from short-selling Carillion shares after the construction firm collapsed a year ago.

That’s hardly a surprise, but what’s telling is that many short-sellers were predicting its failure even before the company issued its first profit warning back in July 2017.

Short-sellers borrow shares from other investors, typically large institutions like pension funds. They immediately sell the shares in the hope that the share price will fall at a later date, thereby allowing them to buy the shares back cheaper in the future and make a profit, before returning them to the original investor.

Of course, hedge fund managers and investment bankers aren’t always right, but there’s a lot that we can gauge from the bets of these professional traders.

Simon McGarry, senior equity research analyst at Canaccord Genuity Wealth Management, says that the proportion of a company’s equity that is being shorted is often a reliable red flag of underlying structural issues.

Carillion is a prime example, having topped the short-selling list in 2017, with a staggering 27 per cent of its equity being shorted.

“Short sellers look for companies, which they believe are overvalued due to a number of factors, such as balance sheet weakness, declining returns, whether they trade at a premium to their peers, and if they operate in an increasingly competitive market environment,” McGarry adds.

And while it doesn’t necessarily mean that the company will go bust, the analyst warns that the dividend could be under threat, making it an important consideration for investors.

In data given exclusively to City A.M., Canaccord lists the most shorted British stocks.

Ultra Electronic tops the list, with 12.2 per cent of its total equity currently shorted. The FTSE 250 company, which supplies technology to the defence sector, has grappled with problems, having issued a profit warning last summer.

As well as seeing profits tank in 2017, it ditched its $234m buyout of Sparton Corp due to competition concerns raised by the US Department of Justice.

But things got worse when the Serious Fraud Office launched an investigation into the firm last April over allegations of corruption in its Algeria operations. Unsurprisingly, its shares have had a bumpy ride, and short-sellers are betting heavily against the company.

Another defence-focused firm, Babcock International, comes seventh on the list, with 7.8 per cent of its shares currently shorted. “While defence spending doesn’t look too squeezed at present, if the situation in the European economy doesn’t improve, some defence budgets might come under pressure, partly explaining the Ultra and Babcock shorts” says Chris Beauchamp, analyst at IG.

Marks and Spencer and Debenhams are the second and third most shorted stocks respectively, which will come as no shock to investors after both retailers posted falls in sales over the Christmas period.

“While M&S has rallied hard over the past month, the retail outlook is still grim,” says Beauchamp. “And Debenhams looks like a case of kicking someone when they’re down.”

Despite seeing strong sales growth in the last quarter and being on track for the full year, Pets at Home comes sixth place on the list.

The group is closing dozens of vet practices as it undergoes a major restructure, so the hefty shorting of shares suggests that investors are dubious about its immediate prospects.

And with the firm planning to stockpile £8m worth of products, Pets at Home is an example of the problems facing UK retailers in light of uncertainties over Brexit. As Tim Steer, author of The Signs Were There, says: “Retailers are being hit on all sides by online competition, rising business rates, and general consumer caution.”

While energy services firm Wood Group has been selling off non-core assets in a bid to generate cash, cut debt, and make the business more efficient, it’s clear that many investors don’t see this turning into growth any time soon.

The company is still in the process of integrating with Amec Foster-Wheeler following the £2.2bn merger in 2017.

The FTSE 250 firm is fourth on the most shorted list, with hedgies taking bets on 9.4 per cent of its total equity.

This also speaks volumes about the prospects for the oil and gas market, with the sector facing increased volatility.

On average, the most shorted shares on the list have plunged 24 per cent in the last year, says Steer. This compares to a fall of just 11 per cent in the FTSE All Share Index over the same period.

Not all shorted stocks will suffer the same fate as Carillion, but it’s a warning sign that share prices could fall.