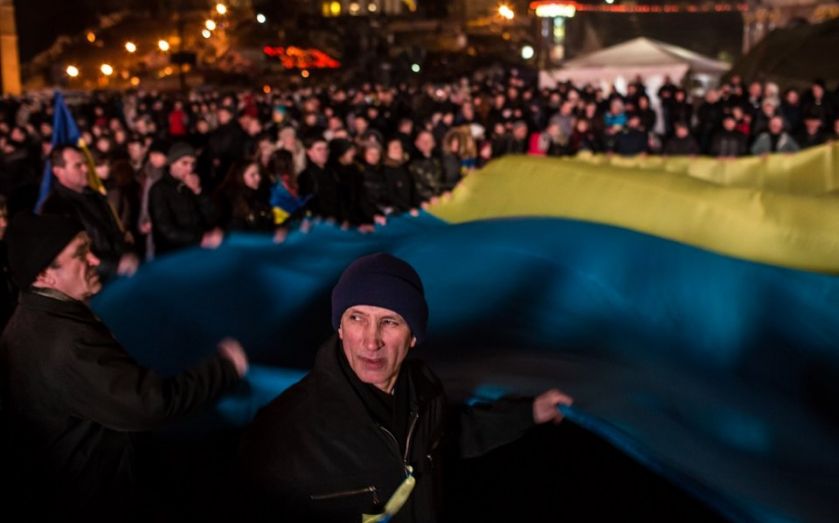 Ukraine has hiked interest rates by whopping 10.5 percentage points to 30 per cent. The war-torn country's central banks took the dramatic step to tackle runaway inflation and a weak currency.

So far this year Ukraine's currency, the hryvnia, looks set to replicate its position last year as the world's worst performing currency. The hryvnia has dropped 80 per cent since last April.

The obligation on companies to sell 75 per cent of their foreign currency earnings will also be extended. Inflation is now running close to 28 per cent.

Ukraine is attempting to secure a bailout from the IMF worth £11.4bn. To secure the funds, the government is embarking on a series of reforms to liberalise the economy and control government spending.

Given the situation that the threat of inflation has risen strongly . . . in order to stabilise the situation, the Monetary Policy Committee recommended . . . to raise the rate.

Last week, David Cameron announced Britain would send military advisers into Ukraine. The prime minister warned that continued Russian support for the insurgents in the east of the country could lead to “materially different” sanctions.

The US is also considering levying more sanctions against Moscow, due to its "brazen" violations of a  recent ceasefire agreement between pro-Russian separatists and Ukrainian forces.