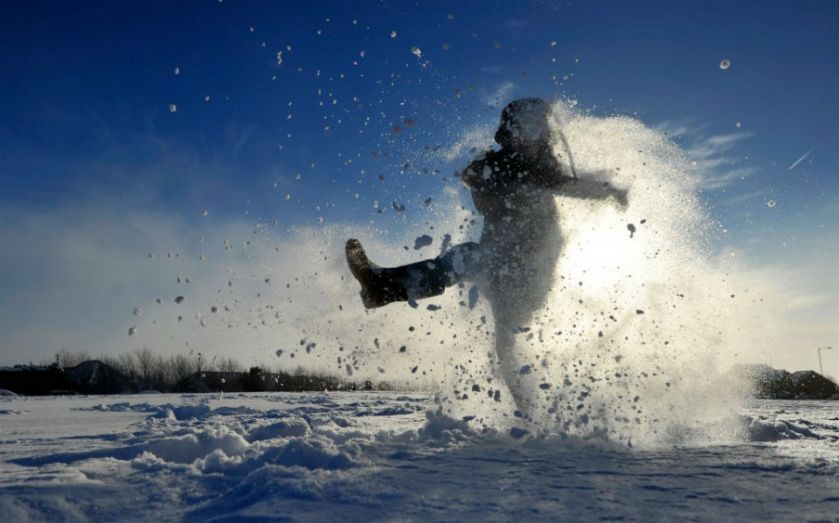 Freezing temperatures are not just bad for your bones, but cost the UK billions of pounds in lost productivity and output having the most severe impact on the economy than any other type of weather.

Just a single degree drop in the minimum average temperature costs the UK economy £2.5bn, and has a worse effect than even snow, flooding or heat waves.

Periods of extreme cold weather have lowered quarterly GDP growth by 0.6 percentage points since 2005, according to research by the Centre for Economics and Business Research (Cebr) which looked at economic growth and weather over the last decade.

Cold weather causes GDP to take a hit from lower output across more industries than other adverse weather conditions, as well as from lost productivity through poor conditions affecting transport and the number of people making it into work.

A single degree rise in the minimum average temperature no only makes people feel a bit cosier, it nets the economy an extra £66m, as does each day of extra sunshine to the tune of £12m.

For each day of additional frost, the economy loses £103m, while, conversely, low levels of frost can add £51m to the economy.

Each additional day of 10mm of rainfall reduces quarterly GDP by £86m, according to the Cebr research commissioned by cloud company 8×8 Solutions, but 10mm less rainfall than average benefits the economy by £22m.

Every cold cloud has a silver lining, however.

IT and communications suffered the least from the effects of cold weather and, in fact, experienced positive growth during poor weather, the only sector to benefit from the conditions. This is largely due to the high use of cloud computing in the industry which allows employees to continue working at home, according to the Cebr.

Nearly two-thirds of IT and communications businesses use some form of cloud technology, compared to between 15 and 30 per cent of other businesses.

Professional services are also mitigating the effects of a cold snap through remote working, while smaller businesses are more at risk from poor weather and hit harder than larger companies due to their lack of connectivity.

“Many small offices are unprepared for such events as they often lack remote access to their work due to security concerns and a lack of infrastructure.” said the Cebr’s head of UK macroeconomics Scott Corfe.

“This is compounded in many cases by inadequate internet connections or computing power at staff homes. In addition SMEs tend to suffer more than their larger counterparts who can spread the setup and maintenance costs of remote working infrastructure across many more staff.”