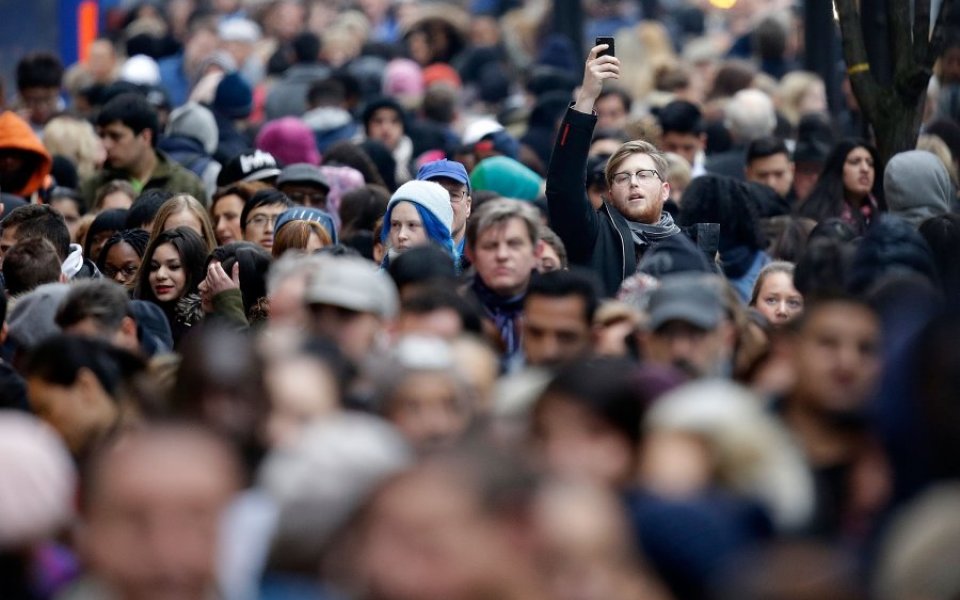 British retailers enjoyed some therapy last month as shoppers cast off the January blues and returned to the high street, according to new figures out today.

UK retail sales rose by 2.6 per cent on a like-for-like basis from January 2015, when they had increased 0.2 per cent from the preceding year, according to figures from the British Retail Consortium (BRC) and financial services giant KPMG.

Adjusted for the BRC-Nielsen Shop Price Index deflation, total growth was even higher at 5.1 per cent.

Read more: Not a Happy Christmas, as retailers feel the pinch

All product categories contributed to the growth, apart from food, which turned slightly negative. However, the BRC noted that the three- and 12-month averages for food stayed unchanged from last month. Furniture topped the growth rankings table, a particularly strong achievement in the most important month of the year for the category.

Online sales of non-food products grew 14.9 per cent in January versus a year earlier, when they had grown 11.7 per cent. The non-food online penetration rate was 21.5 per cent, up 1.4 percentage points from January 2015.

"Retailers will welcome the positive start to what will be a momentous year for the industry," said Helen Dickinson, chief executive of the BRC.

“Following on from a somewhat disappointing Christmas period for retailers, the new year kicked off to a strong start, with 3.3 per cent growth across all product categories and 2.6 per cent growth on like-for-like sales. This was the best performance for retailers since September and ahead of the three- and 12-month averages."

"After seeing a slight recovery in December, food sales were once again slightly down in January, while the mildly positive longer-term trends were unchanged," Dickson said.

"Next month, the Treasury will report back on its long-awaited review of the business rates system. This is the moment for the government to rebalance this tax away from property intensive industries in order to ensure that the introduction of the living wage does not have unintended consequences on our local communities and jobs .”

David McCorquodale, UK head of retail, KPMG, said: “Fashion and the home drove retail sales to beat the January blues, up 2.6 per cent in the month on a like-for-like basis. After a slow start to the autumn/winter season,fashion and footwear sales soared in the early half of the month as promotional pricing caught the eye.

“Furniture and home accessories continued their strong run as the improving property market enjoys its makeover. Following a fairly admirable Christmas, January was also a reasonable month for the grocers with total food and drink sales remaining in the black, just, for the three months November to January."

He added: “Heading into February, retailers will be turning attention to the next big promotional event in the calendar, Valentine’s Day and hoping to take a decent share of consumer spend as they’ll be facing stiff competition from both the experiential and leisure sectors.”