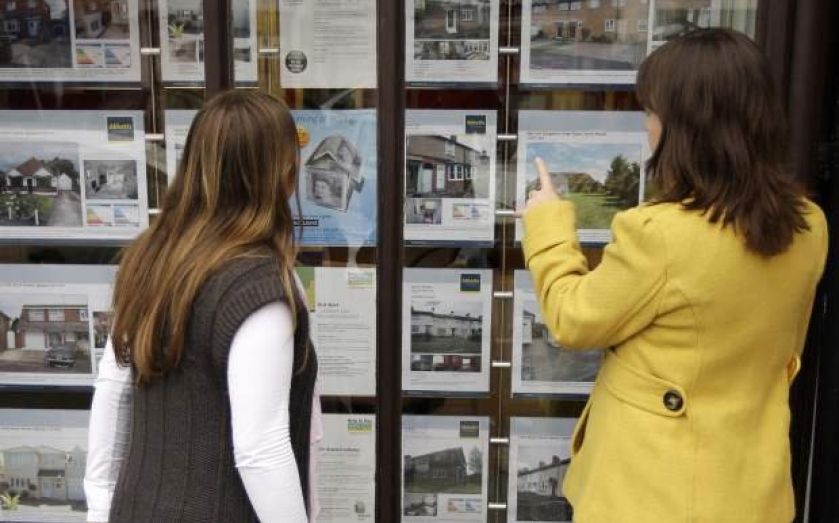 The fall in house prices in England is accelerating, with prices in some regions falling by five digits. The national drop of almost £9,000 (to £258,424) is the largest ever when measured in pounds, according to new data from Rightmove.

Before any panic sets in it’s worth noting that the market is often slow at this time of year, as activity wanes in the run up to Christmas. 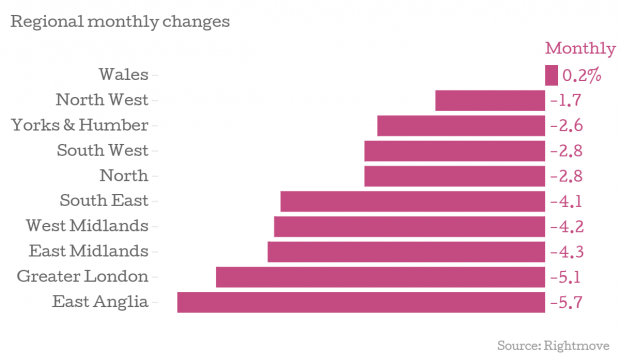 Despite the recent drops, Rightmove believes the market is stable and that 2015 will still see growth, albeit at a modest rate of four or five per cent. Compared to a year ago prices are still up, with Lodnon seeing the biggest annual rise.

The percentage changes translate to some fairly hefty savings, but the difference between this December and last is high. London, for example, made it above the £600,000 barrier before slipping back, but is still £57,240 higher than last December.

Whilst a near £9,000 drop is the biggest ever reduction in the price of newly marketed property compared to the month before and a sign of a market continuing to cool, a fall is not unexpected in December. Though sellers are fewer in number at this time of year, those that do come to market are often keener to sell so price lower in a bid to stand out.

The overall picture for the year is still one of a much recovered property market, with sellers and their estate agents confident enough to be putting property on the market at a higher price on average than a year ago, although we predict a slower pace of price growth in 2015. This means that sellers and agents will have to work harder to achieve a sale next year.

Slower rates of growth are expected to be due to a decline in the number of new sellers coming to market. For the second consecutive month the total has dropped, with 76,823 new sellers in December, four per cent down on last year.