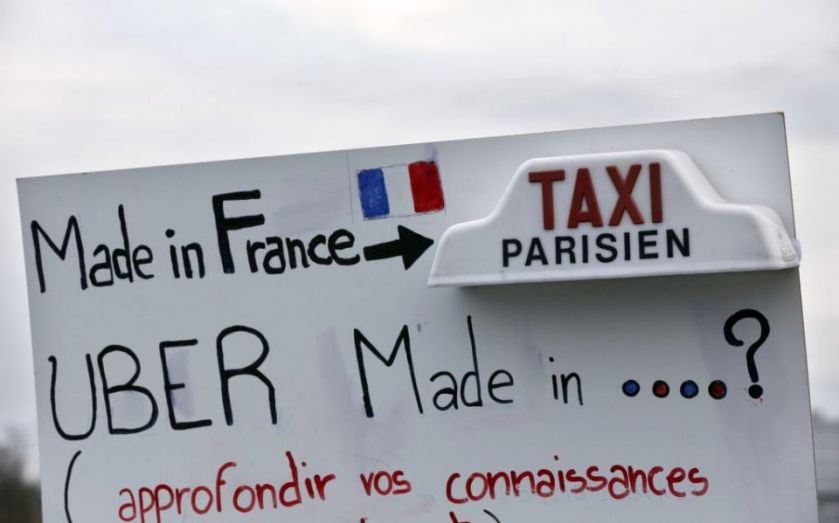 It's been a bad week for Uber.
After reports emerged this morning that several executives in its South Korean arm had been charged with running an illegal taxi firm, and being banned in Germany for a second time, now it transpires the ride-sharing company was raided by police this week.
Around 30 police officers were sent into the  Parisian Uber headquarters on Monday as part of an investigation into its UberPop service, which connects drivers with passengers via a smartphone app.
The BBC quotes an Uber spokesman saying the raid was “disproportionate”, noting that 46 people worked in the office.
He called the raid “intimidation”.
"Why would they send 30 police officers? We are 46 [people] here,” the spokesman said. “The only things we have are computers and telephones."
The police reportedly stayed all day and took mobile phones intended for the user of Uber drivers.
UberPop has been ruled illegal in France, but the company has appealed against a €100,000 (£72,000) fine it received last year, it said. Uber is confident the ruling will be overturned.
Separately, Germany has banned UberPop throughout the country for a second time. https://www.cityam.com/211905/uber-banned-second-time-germany
And in South Korea, 29 executives have been charged with running an illegal business, including Uber's chief executive Travis Kalanick, according to reports
Share:
Tags: Uber