Twist review – Sky’s Dickens update is not so Artful 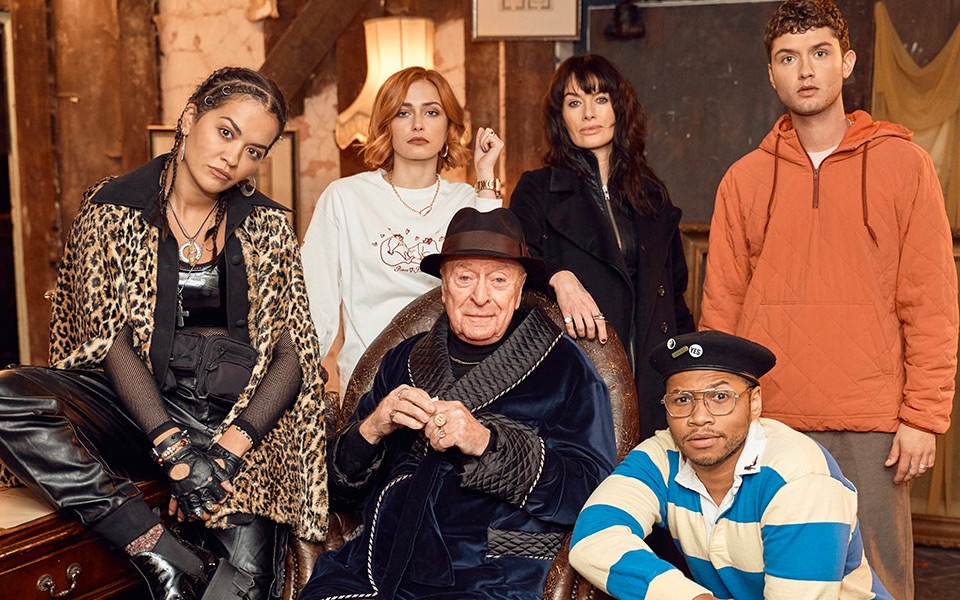 Like Dracula and Sherlock Holmes, Oliver Twist is a character that seems to have been reimagined a number of ways over the years on the big screen.

Read more: Pay phone: Would you spend £1m on a mobile number?

As well as the standard dramatisations of Dickens’ classic, there’s the beloved 60s musical Oliver!; animated hit Oliver & Company; and, er, a version set in the New York drag scene titled Twisted. Sky’s new interpretation, Twist, looks to distinguish itself from the pack with some modern embellishments.

Taking the story to modern day London, Raff Law (son of Jude and Sadie Frost) plays Oliver, now known by the nickname Twist. He’s a self-proclaimed “extreme graffiti artist” who lives on the street, creating works that everyone can see while evading the law. He catches the attention of Batesy and Dodge (Franz Drameh and Rita Ora) who ask him to join their gang of art thieves, led by Fagin (Sir Michael Caine). His new life gives him a family, but Fagin’s involvement with the unhinged Bill Sikes (Lena Headey) means trouble is on the horizon.

Ever wondered what Oliver Twist would look like as an action-packed heist movie? No, us neither. Director Martin Owen (2019’s Killers Anonymous) takes Charles Dickens’ novel and removes more or less the whole story aside from the names and basic premise. It’s about an orphan named Oliver Twist who falls in with a gang led by Fagin, and everything else is switched up.

It’s not the first film to do this, but wrapping a familiar title around a generic crime film epitomises its cynical approach. Twist promises that there’ll be “no singin’ and dancin’”, but there certainly is a lot of parkour. Beginning with the opening credits, which of course are all stylised as graffiti, most of the action scenes involve the cast leaping over rooftops to the sounds of Kasabian and The Fratellis. It’s as if a middle-aged producer googled “what do the kids like” and clicked on a page from 2006.

The dialogue is laboured, and the direction as subtle as a double decker bus. At one point, Twist gets into a fight over Red in a pub, and just as the first punch is thrown Rita Ora puts a coin in the juke box and selects The Buzzcocks’ Ever Fallen In Love (With Someone You Shouldn’t’ve) to really hammer home the purpose of the scene. The heist scenes are entertaining, if ludicrously complicated, and it’s not that clear what Fagin’s greater plan it beyond the theft of another expensive painting.

It feels unfair to only talk about Law in connection to his father, but it seems inevitable. Looking and sounding exactly like late 90s Jude Law, the 24-year-old suffers by comparison, as he lacks the previous generation’s charm. Peppering dropped T’s into his upper-class accent in order fit the film’s edgy setting, there is a sweet innocence to the performance, but on the whole it’s a film that seems to happen in spite of him.

The ensemble of familiar names put a shift in. Rita Ora’s casting as a gender-flipped Artful Dodger (now named Dodge) is interesting mainly thanks to the star’s boundless energy, but she bears little resemblance to any previous version. Equally, kind-hearted Nancy has been remixed into streetwise free runner Red (Sophie Simnett), a love interest for Twist despite being in an abusive relationship with Bill Sikes. Aside from his Oscar winning gravitas, Caine’s Fagin is merely an elderly art thief who doesn’t affect the plot beyond being the man with the plan.

The only cast member who feels like they’ve drawn anything from the source material is Lena Headey as Sikes. Despite being another gender flipped character, subsequently making Nancy/Red Bisexual, the Game of Thrones star is as menacing as her predecessors, swaggering around with a leather jacket and a pistol. Of the new characters, Noel Clarke is underused as the police inspector on Twist’s case (a role the Kidulthood filmmaker can do in his sleep), while David Walliams struggles to keep a straight face as the art dealer Fagin is targeting.

While slick in its execution, Twist’s attempts to make Dickens cool is cringeworthy and forgettable.

Twist is available on Sky Movies from 29th January.