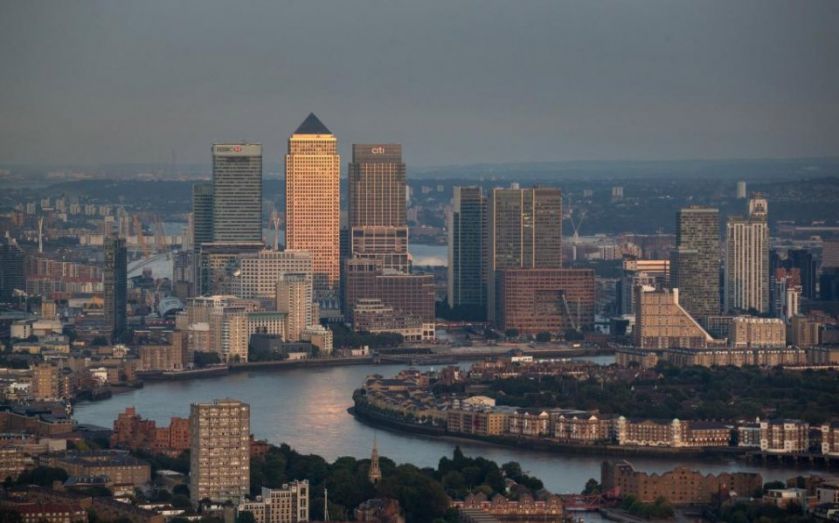 It's that time of year again: Tubes are emptier than usual, the pubs are fuller than usual, and social media feeds are curiously full of people enjoying cocktails in sunnier climes.

Yep, August's silly season is upon us – and analysis of trading volumes by City A.M. shows just how quiet things are on the markets during that month.

The figures show that since 1999, trading volumes of FTSE 100-listed stocks have fallen a median of almost 50 per cent from the annual average in August, as traders' minds wander away from the job at hand. 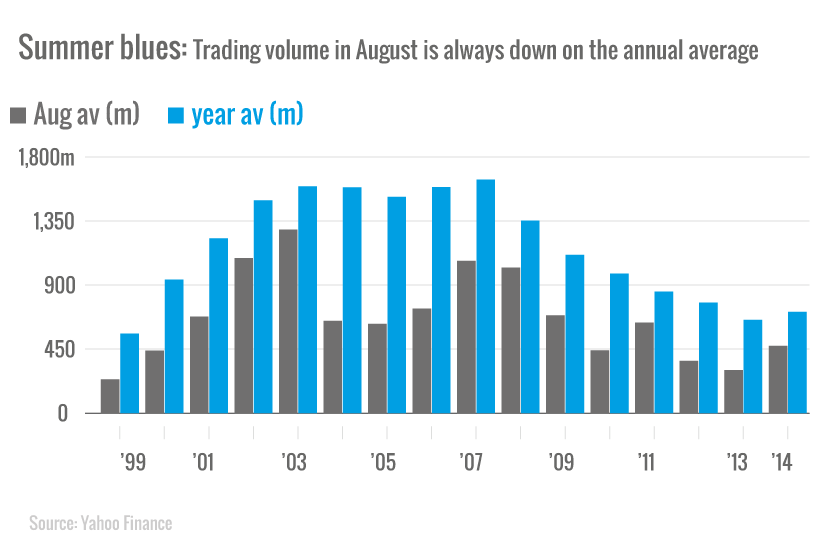 Of course, the number of shares traded tends to vary by year. In August 2011, volumes jumped as fears over contagion from the European crisis sent markets into turmoil. On 9 August 2011, the FTSE dropped 200 points, causing panicked investors to try to divest themselves of unwanted equities.

Meanwhile, even by August's standards, last year's volumes were lower than usual as some stability returned to markets after the financial crisis.