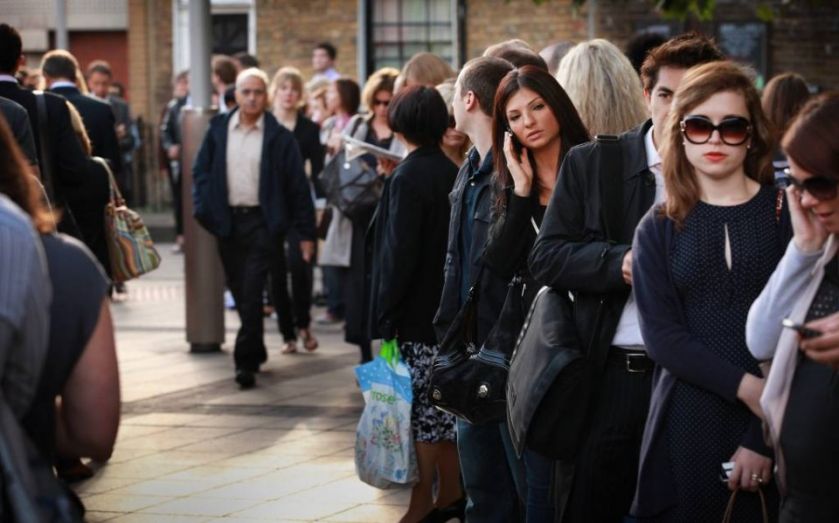 This week, fed-up Londoners will be forced to endure two more Tube strikes.

And this despite Transport for London having already offered the unions: a two per cent salary increase this year, inflation-protected rises in 2016 and 2017, a £500 bonus for all staff on Night Tube lines, £200 extra per Night Tube shift for drivers, and the freedom to decide whether or not to work Night Tube shifts at all.

Most Londoners would consider this an over-generous offer that would mean large wage increases to some already very well-paid employees. However, the RMT union wants significantly more. Its demands include: guaranteed above-inflation pay rises into the future, a reduced 32 hour, four day week for the same full time salary, and no Night Tube duties, even though London Underground staff’s existing contracts already require 24-hour working.

They also want the transitional bonus payments to be paid forever and payments to staff on lines where the Night Tube will not operate. Finally, they want to re-hire hundreds of people for back office jobs made unnecessary by Oyster, contactless payment and other modernisation.

Accepting these demands would require a fare rise of 6.5 per cent or an extra £152 per year for a Zone 1-6 Travelcard. Clearly, this is unacceptable.

The unions are against driverless trains, they’re against turning dead ticket offices into thriving retail units, now they’re against the Night Tube. They hate that the transport system is evolving and they oppose every money-saving or revenue-raising idea; ideas which help lower fares and improve journeys for passengers.

Driverless trains could be the most revolutionary. They already operate on the DLR and in over 60 cities worldwide. They are more efficient than driver-operated trains and, along with the signalling upgrades being rolled out across the network, will be crucial in maximising the number of trains per hour on every Tube line.

Currently, “drivers” on the Central Line, the Victoria Line, the Jubilee Line and the Northern Line do nothing more than open and close the doors. Transport for London has guaranteed that it will never buy new rolling stock that isn’t capable of driverless operation.

This change is coming and, the more that militant trade union leaders try to blackmail Londoners, the less sympathy Londoners will have for their anti-modernity agenda. The government also plans to introduce strike thresholds, but it should go further to protect workers and passengers.

As well as bringing in driverless trains, we have an opportunity to ban strikes on public transport and replace them with New York City-style independent mediation, or so-called “binding pendulum arbitration” – a system that would encourage all parties to behave reasonably from the outset.

Without the ability to use strike action, or the threat of strike action, to ratchet ever greater salaries – Tube drivers now have a starting salary of £49,000 per year – and ever cushier conditions from their employer, we could see a system that is run for the benefit of its customers, the public.