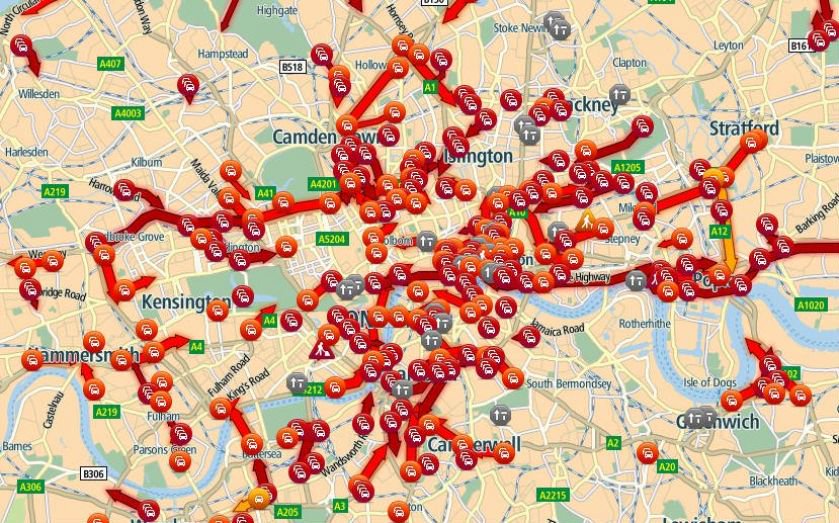 At the height of the Tube strike, at what would usually be peak morning rush hour, the roads of London were snarled with 428 separate traffic jams causing 197 miles of tailbacks.

While that's twice as much as the average Thursday when the Tube is running as usual, it's not quite as bad as it sounds.

The first Tube strike, which took place at the start of July, caused more than three times as many jams (1445) and almost four times as many tailbacks (761 miles).

“With many Londoners away on holiday and no school runs, the roads were not as congested this morning as they were during the last strike four weeks ago,” said a spokesperson for Tom Tom, which compiled the data.

Drivers around Parliament Square experienced the biggest delays, of 48 minutes, and those heading from Wood Lane to Marylebone Road were left waiting 30 minutes. During the previous strike, some were delayed by as much as 90 minutes.