TSB results: Chief executive Paul Pester says the big banks have it far too easy as his challenger bank reports 22 per cent increase in customer lending for 2015 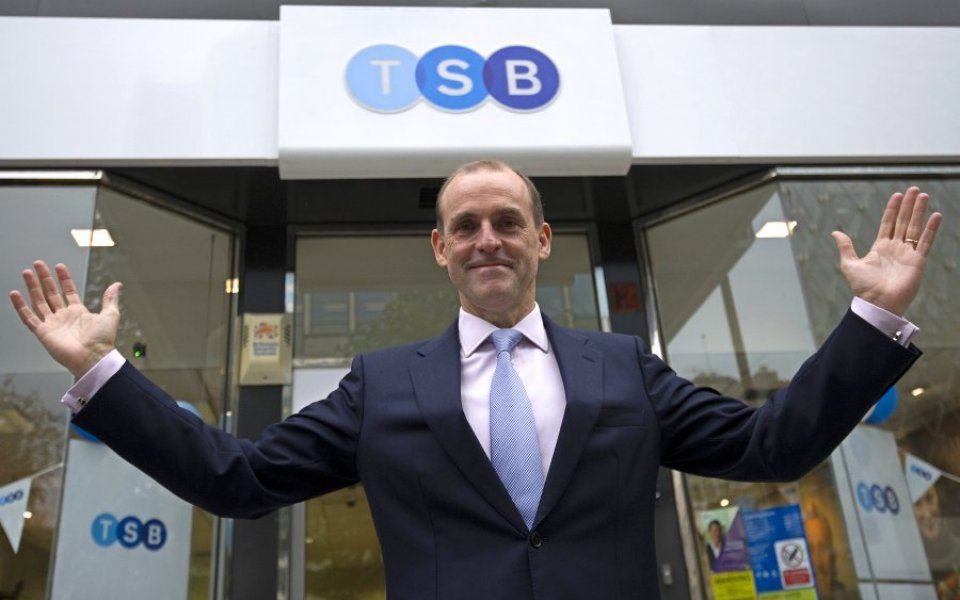 TSB Bank chief executive Paul Pester told City A.M. that the challenger bank "definitely went from strength to strength" in 2015, as the lender announced its full-year results this morning.

The retail and commercial bank, which was carved out of Lloyds Banking Group in 2014, reported profits were ahead of expectations, with management profit before tax of £105.7m, while growth likewise beat expectations with a 22 per cent increase in customer lending.

Profits were down 21 per cent on the previous year, which the bank attributed to investing in new properties and attracting more customers.

TSB – which Pester has called the "challenger bank with the sharpest teeth" – said it had signed up more than 1,000 new customers every day in 2015, with 6.8 per cent of all customers in Britain opening a new bank account or switching banks choosing TSB.

At the time of its initial public offering (IPO), TSB set a target of a 6 per cent share of the new customer market – a threshold the bank has now exceeded for eight consecutive quarters.

READ MORE: TSB boss: We are the UK's only real challenger bank

"We absolutely think we are doing our part to bring more competition to UK banking," Pester told City A.M. this morning, before adding, "We can't break the stranglehold of the big five alone. We can't do it alone."

Pester has called upon the Competition and Markets Authority (CMA) to "open up this market to the benefit of customers", telling City A.M. the competition watchdog had to do more to enable customers to switch lenders.

The CMA is currently working on a multi-year review into the retail banking sector. The watchdog published the preliminary results of its investigation last October, and is expected to release its final recommendations as soon as next month.

Pester said TSB wants the CMA to introduce standard format bills explaining all charges to customers, as well as a so-called credit passport, allowing customers to take their credit histories with them when they switch banks.

"Ultimately it comes down to the CMA," Pester said, adding the "biggest long-term risk" for the bank was "the CMA missing an opportunity to break the stranglehold of the big five".

TSB also reported receiving £5.5bn of mortgage applications in 2015, and Pester said he expects the bank's mortgage lending business to continue to grow next year despite risks in the housing market.

"There are definitely bubbles in the housing market," Pester said, pointing to central London and the buy-to-let market in particular.

But Pester said the bank is "very low-risk" when it comes to mortgage lending and is "intentionally excluding" itself from "those parts of the market", by limiting the number of properties customers can purchase on buy-to-let and focusing on lower loan-to-value lending outside of London.

The score is just one of many customer service metrics the bank uses to assess the performance of its "partners" – at the time of the IPO, the bank announced it would model itself after John Lewis by giving each of its employees £100 worth of shares in the business, with shareholders eligible for additional rewards.

The bank announced this morning that it make its first "award' payment to all partners, who will each receive a sum equivalent to 12.5 per cent of basic salary as a bonus, at a total cost of £26m to the lender.

This morning's report marked the first full-year financial results for TSB since it was acquired by the Spanish bank Sabadell last year.

Last October, Sabadell revealed plans to move TSB's online banking services from a Lloyds Banking Group platform to a Sabadell model by the end of 2017.

Pester said this morning that the banks are "working very hard" on migrating the services, but was quick to add that TSB would "make sure" that the changes benefit customers: "We don't do anything to put our customer's service at risk."