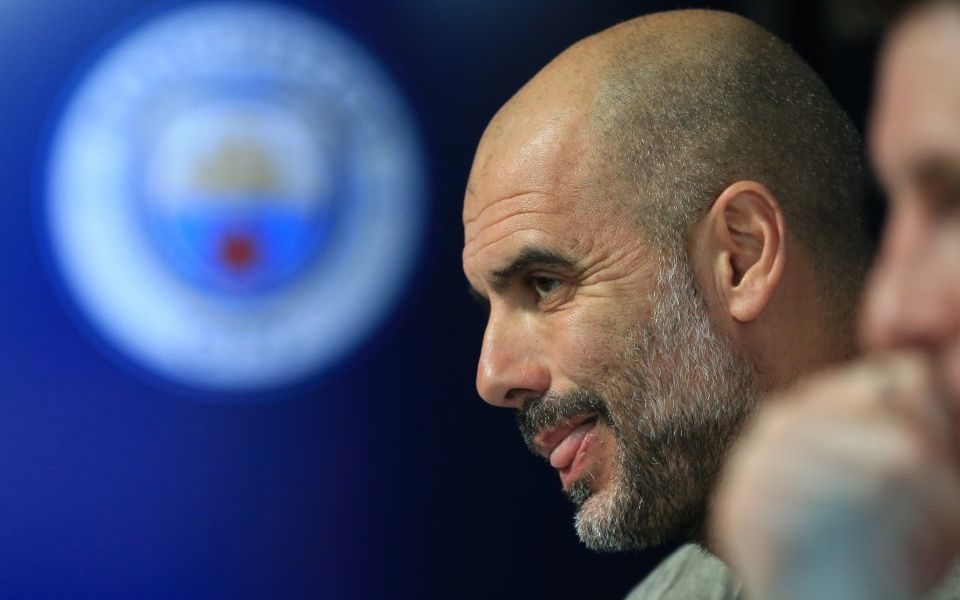 Last week I was lucky enough to visit Manchester City’s training facilities and witness how they are building not only success on the pitch but also a global brand. It was mind-blowing; they are so ahead of the game, I have never seen anything like it.

Winning the quadruple would be the ultimate endorsement of their approach and, with just a few weeks to go, that remains a real possibility. However, City’s hopes are on a knife-edge ahead of three games that will shape their season – starting on Wednesday against Tottenham.

First, City must overturn a one-goal first-leg deficit against Spurs if they are to progress to the Champions League semi-finals. They then face the same opponents again on Saturday followed by neighbours Manchester United; two monumental Premier League fixtures.

I can’t see domestic leaders Liverpool dropping points in their remaining four league games, so City will probably have to win all five of theirs to retain the title and keep the quadruple alive. But that will be all the harder if they get knocked out of Europe this week.

The City-Spurs Champions League clash promises to be a fantastic confrontation between two in-form teams. It’s very difficult to predict an outcome, but I do think that Tottenham will need to score at the Etihad Stadium if they’re to oust Pep Guardiola’s team.

Spurs arrive in Manchester full of confidence. I feared the move to their new stadium might be disruptive at this point in the season but instead it has given them fresh momentum. They have a clean sheet behind them and, although Harry Kane is injured, a goal threat in Son Heung-min, a revitalised Lucas Moura and Christian Eriksen.

On the other hand, Tottenham’s away form is ropey. They have lost their last four league matches on the road and their last six away games in all domestic competitions. City must beat them by two goals but it’s not unheard of: Chelsea, Crystal Palace, Wolves, Arsenal and Barcelona have managed it in the current campaign.

City have struggled to reproduce their Premier League success in Europe, even under Guardiola, although they have got closer in recent seasons. Perhaps they have lacked belief, but I feel this group of players is more mature now and it is within their grasp. For some of them, time is running out and this year might be the best chance this squad has.

They are playing well – maybe not at their best, but then their best is better than any other team’s and their use of the ball is second to none. I see City advancing, and they could yet land two knockout blows to Tottenham’s season. With Spurs fighting for a top-four place, a second defeat in Manchester on Saturday could do major damage.

City winning the quadruple of Champions League, Premier League, FA Cup and League Cup would be an incredible and unprecedented achievement. For all of his success at Bayern Munich and Barcelona, it would also be the highlight of Guardiola’s coaching career.

While I would rather see a closer Premier League next season, now that we have got to this point and the quadruple is still on for City I’d be happy if it happened. It’s something I’d like to see in my lifetime and I think it’s unlikely that we’ll see a team come this close again.