Trevor Steven: England have never looked so confident and Euro 2020 rivals will be taking note 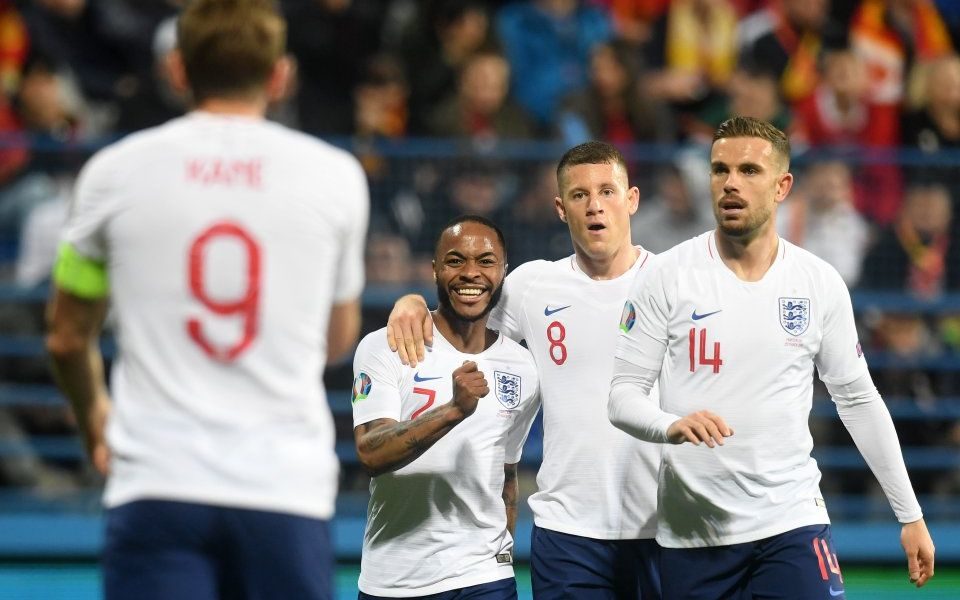 England winning qualifying matches is nothing new, but while we have seen emphatic scorelines in the past, they have not always been accompanied by emphatic performances.

That is why Gareth Southgate and his players deserve such praise for Monday’s 5-1 victory in Montenegro and the 5-0 defeat of the Czech Republic at Wembley three days earlier.

England look so confident at the moment – more so than at any time I can remember, and that goes back to my playing days. They have an air of invincibility about them and it is great to see.

Yes, there are bigger hurdles ahead and no doubt some setbacks too, but what is encouraging is the way they have dealt with the challenges they have faced so far.

And when they fell behind in a hostile environment in Podgorica, Southgate’s youthful team trusted in their ability to score goals.

Against both Montenegro and the Czechs, they weren’t content to stop at two or three; instead they kept giving absolutely everything even when the games were won. They showed efficiency and that is down to a desire to improve and the coaches’ attention to detail.

You can be sure that other countries will have taken note of England’s show of power in the first week of Euro 2020 qualifying.

From being a side that would be happy to reach the last 16 or perhaps quarter-finals of major tournaments, they will now be seen as a semi-final team at least.

These games have again illustrated the direction that England are going in under Southgate.

There is a huge amount of talent coming through and the manager has been quick to demonstrate his faith in young players, many of whom he knows from the junior ranks.

Callum Hudson-Odoi and Declan Rice are the latest and, like Jadon Sancho before them, they don’t seem overawed or weighed down by the shirt.

They have been well analysed and well trained, so although the journey they are on may be surprising to us from the outside, it won’t be to Southgate and his staff.

Raheem Sterling scored four goals across the international double-header, highlighting what a focal point he has become for this team.

Not so long ago he was being talked about as a weak link because of his finishing but he is now a different animal and huge credit must go to his club manager Pep Guardiola.

Sterling has also become a leader to others in the squad, in part because of how he conducts himself with the media. He is still only 24 and it is exciting to think what he could be at 30.

Ross Barkley also deserves a mention for two good performances that have shown how much his game has improved in recent months.

Some players take longer to mature than others and for Barkley it has taken his move to from Everton Chelsea, where he has had to prove himself again.

His displays for the national team will take him to another level mentally and won’t hurt his chances of cementing a place in Southgate’s first XI.

England have terrific momentum now and will head to the Nations League Finals in Portugal this summer believing that they can win it. What a boost that would be.

Beyond that, they are steamrolling their way to next year’s European Championship, where they can beat anybody. It’s really enjoyable to watch and I fully expect it to keep going.