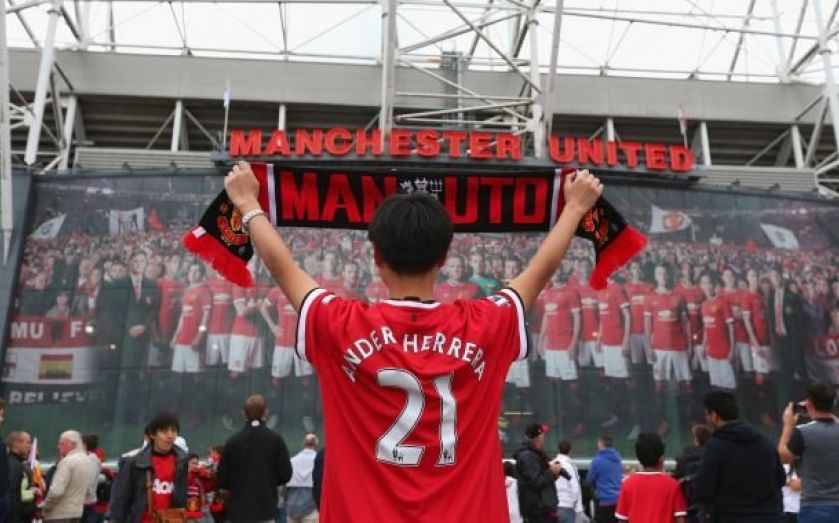 The 2014 summer transfer window saw Premier League clubs spend more money than ever before as they forked out a record £889m on 163 players.

The colossal transfer outlay not only dwarfs previous summer spends, but has already broken the record for total Premier League expenditure in a single season – with the January window still to come.

Manchester United were the main driving force behind the Premier League's new transfer record, shelling out £169m on seven new recruits, a splurge that makes up 19 per cent of the league's overall spend.

Liverpool were the league's second biggest spenders, with a total of £133m. Chelsea followed with £93m, while Arsenal sit in a familiar fourth place with an £84m total spend that amounts to less than half of United's. Manchester City, perhaps stung by Uefa Financial Fair Play sanctions imposed earlier in the summer, spent a relatively paltry £58m.

Yet when it comes to total net spend, last season's seventh placed side are far ahead of all their rivals. Vice-chairman Ed Woodward proved to United's fans in the final week of the window that he was capable of attracting elite talent to Old Trafford, yet the jury may still be out on whether he can charm clubs into paying large sums for players heading through the exit door.

United earned £34m through transfer sales this summer – a large bulk of that coming from the £16m deadline day sale of Danny Welbeck to Arsenal – meaning they recorded a total net spend of £135m. The net spend of the entire Premier League in the summer 2011 transfer window was just £18m higher.

Southampton, who were described as a club in crisis after selling high-profile players earlier in the summer, may well have enjoyed one of the most successful transfer windows. Despite spending £64m on nine new players, the Saints still came out of the period £40m in profit, after the sales of six players – including £27m for Adam Lallana – earned the club £105m.

Manchester United's old rivals Arsenal broke their own transfer record this summer. The Gunners, often so frugal in comparison to their competitors recently, have a net spend of £70m – the second highest total after United and the largest outlay in Arsenal history. Arsene Wenger's transfer policy has taken a marked turn over the last two seasons, with the 64-year-old building up big net spends after years of making money by allowing star players such as Cesc Fabregas and Robin van Persie to leave while replacing them with cheaper options.

Despite spending £93.9m on new recruits, Chelsea actually recorded one of the lowest net spends in the division, largely thanks to the £44m and £31m they charged Paris Saint-Germain and Everton for David Luiz and Romelu Lukaku respectively.

Luiz and Lukaku shouldn't feel too sorry for themselves after leaving Stamford Bridge. After all, there were 31 other players who suffered the same fate this summer as Chelsea conducted the biggest clear out in the Premier League.

17 of those players were sent out on loan to various clubs across Europe, with Chelsea adopting a policy of sending young players out on loan where they can build up a profile and command chunky transfer fees in the future. Look to Lukaku as a case in point.

Liverpool have the joint-highest number of new faces in their squad this season, having made 11 signings during the transfer window, as did West Bromwich Albion and Leicester City. Brendan Rodgers has opted to replace Luis Suarez's quality with quantity. His £133m expenditure was spread across a number of players with Premier League experience such as Rickie Lambert (£4.8m) and Dejan Lovren (£22.3m), alongside young European talents such as Lazar Markovic (£22m), Alberto Moreno (£15.9m) and Emre Can (£10.6m).

And if the Reds' 3-0 demolition of Spurs this Sunday is anything to go by, it seems that quantity has come with a fair amount of quality too.

Where players came from – Spain stays in style

Despite Spain's sorry World Cup in which they were usurped as the world's footballing super-power by Germany, their domestic game has remained very much in vogue with Premier League paymasters.

Premier League clubs spent more money on players from Spanish leagues than anywhere else, with the exception of internal transfers within England. Of the 163 players signed, 17 arrived from Spain's shores, with clubs prepared to pay a premium price. Those 17 players accounted for £258.2m worth of transfer fees, arriving at an average of £15.2m a player.

In contrast, the 90 players who moved internally within England accounted for £315.3m, an average of £3.5m per player.

However, it was actually players from Portuguese leagues who commanded the highest average fees. Six players left Portugal to join Premier League sides this summer (including Fernando and Eliaquim Mangala, who joined Manchester City for a combined £48.4m) – for a total of £92.4m and at an average of £15.4m a player.

Our interactive map allows you to explore the transfer activity for every single club, including Manchester United’s colossal £152m net spend, and Southampton’s healthy £41m earnings.
Each line on the map represents the passage of one or more players. Simply hover over the line to reveal the identity of a player(s), which club they came from, who they joined, and how much they went for. The different clubs are sized depending on their spends: the bigger the bubble the bigger the outlay.
The drop-down menu in the right hand corner lets you to display the transfer activity for specific clubs, and you can zoom in and out to look at the fine details or the bigger picture.
[football_transfer_map]