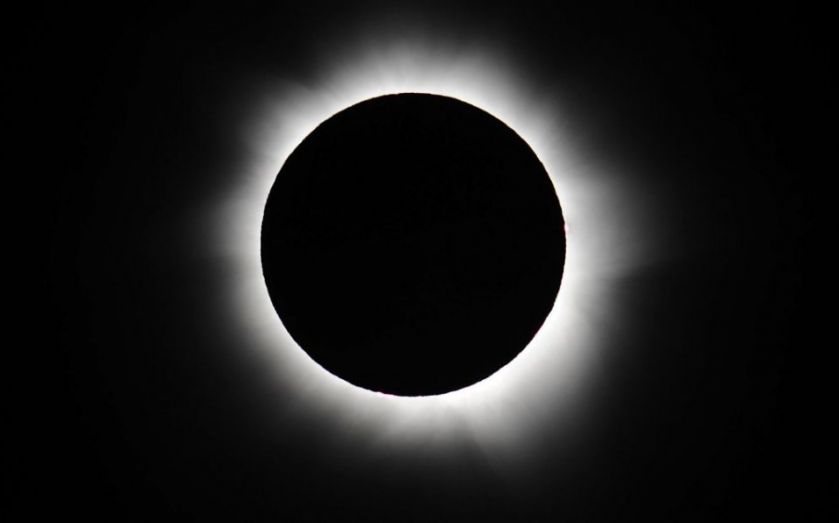 Next month you might want to take five minutes out of your day to go and stand outside because there is going to be a solar eclipse, and it's going to be visible from London.

The total solar eclipse – caused when the moon covers the sun and creating an eerie night-time feeling in the middle of the day – will take place on March 20.
Although the best place to see it is actually Norway and the Faroe Islands, here in London more than 90 per cent of the sun will be obscured by the moon. The phenomenon will start at around 7:40am but the best time to see it will be around 9:45am, and it will last for nearly three minutes.
But while we are looking forward to breaking all the rules and staring directly at the sun, not everyone is so keen.
The European Network of Transmission System Operators for Electricity (Entsoe) has warned that "the risk of an incident could be serious".
It has estimated that 35,000 MW of solar energy, the equivalent of 80 medium conventional generation units, will gradually fade from Europe's electrical system. The network warns this will happen “all in the space of two hours while Europeans and their offices begin a normal working week day”.
The group, which represents transmission system operators from 34 countries, said it was “an unprecedented challenge”
“Solar eclipses have happened before but with the increase of installed photovoltaic energy generation, the risk of an incident could be serious without appropriate countermeasures,” it added.
Contingency plans are being put in place to coordinate between the TSOs across Europe “ahead of, and during the eclipse to better coordinate the scheduled remedial actions”.
“The solar eclipse is a perfect illustration that maintaining system security with more and more volatile and dispersed generation is becoming increasingly challenging,” the network added.