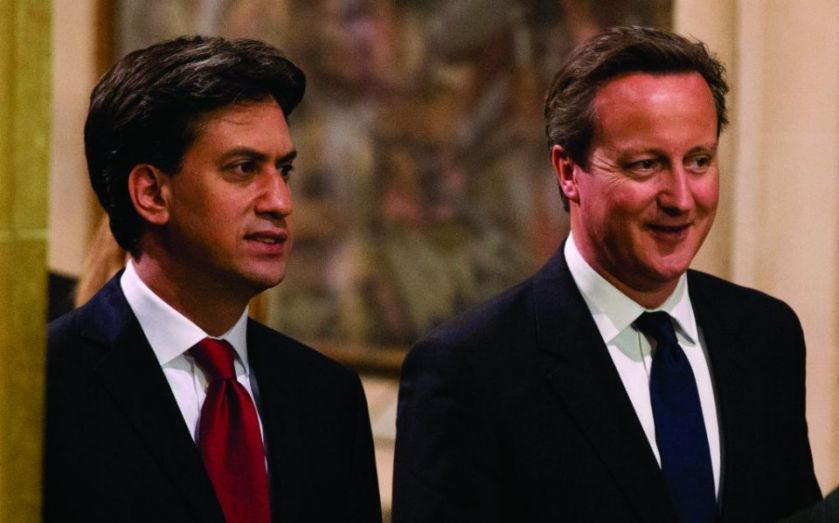 When market-watchers think ahead to 2015’s political risks, it’s a safe bet that minds will quickly turn to the Middle East, Russia, or certain parts of Latin America and Africa. There are good reasons for this: Vladimir Putin’s revanchism looks unlikely to halt soon, and a tumbling oil price threatens further instability in Nigeria, Iran, Egypt and numerous other geopolitically important countries. Venezuela in particular seems to be on the verge of collapse.

But with a finely-balanced UK general election drawing nearer, it’s vital not to neglect psephological matters closer to home. Panmure Gordon released a note last week drawing parallels between this year’s vote and the election of 1974, after which no one managed to form a coalition, leading to a second vote in October of the same year. So what’s in store for markets this time around?

The platitude “markets hate uncertainty” is often wheeled out in the run-up to elections, but it’d be simplistic to argue that we should expect a selloff simply because the polls are close at the moment. First, obviously, things change. Some expect more Brits to start feeling the effects of strong growth in coming months, and this could boost the standing of the incumbent Conservatives. Second, crucially, it’s not exactly news that this is going to be a tight poll. Of course, if the two main parties see further declines in support at the hands of the SNP, Ukip or Greens, this would move markets. And a 1974-style second election would no doubt have an even bigger effect. But existing levels of uncertainty are almost certainly priced in to UK equities by now.

Instead, the key trend to watch, according to Simon French of Panmure at least, is any sharp change to the Conservative-Labour balance. He’s looked at the data on UK elections since 1966, and finds a consistent pattern of market outperformance in the run-up to Tory victories, and the opposite for Labour (see graph).
In years when Labour won the most seats, markets dropped by almost 4 per cent in the three prior months, presumably in anticipation of a less business-friendly environment. Conservative wins, on the other hand, were preceded by a three-month gain of almost 6 per cent. Crucially, the Tory effect remains even when you control for the tight correlation between UK and US stocks. In fact, it gets bigger. Once adjusted, French’s data showed a market return of 7.2 per cent in the three months prior to a Tory victory, compared to a 2.4 per cent decline in the run-up to a Labour win. French concludes that trading opportunities are likely to open up if there’s a noticeable change in the current Tory-Labour balance.
But it might be advisable to get out of the position quickly after result night. In the three months after elections, French found that stocks have fallen on average – regardless of the winner. And with plenty of coalition horse-trading expected this time around, the summer of 2015 might be a relatively ugly one for UK markets.