Is it time for Mike Coupe to check out as Sainsbury's boss? 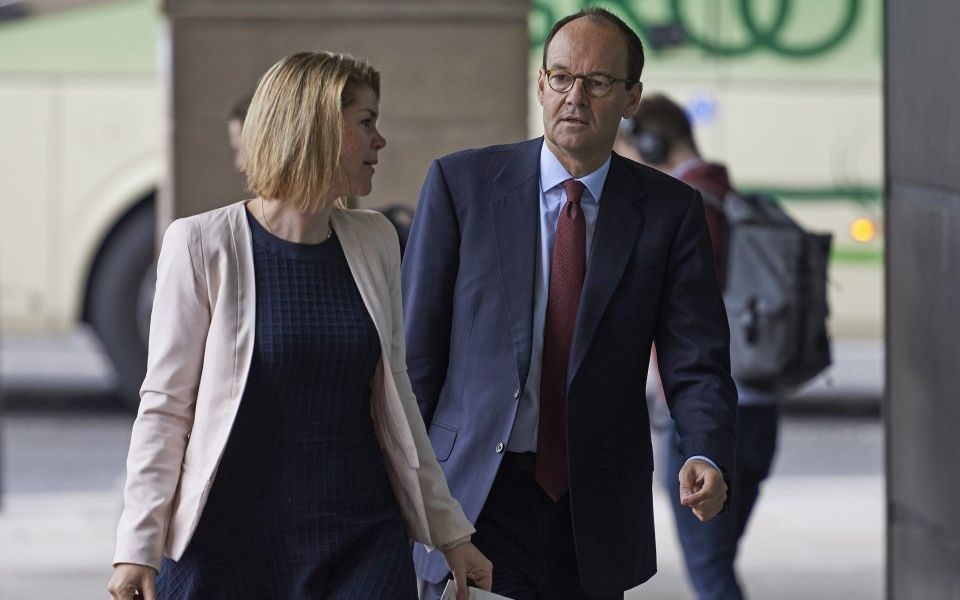 Mike Coupe was met with rapturous applause from his fellow directors when he stepped up to the microphone this morning, as he hailed the coming of an era in Sainsbury’s history that would see it thrive having merged with long-time rival, Asda. Coupe spoke boldly about price cuts and cost savings, and finished with a special thanks to the competition watchdog for approving the deal without hesitation.

This is how today’s presentation at Sainsbury’s HQ should have gone. But thanks to a deadly intervention from the Competition and Markets Authority last week, the tone was much less celebratory.

His merger plans with Asda torn to shreds, Coupe was left to sell the City a business strategy that simply lacked the hefty promises (both to consumers and investors) which had been pledged as part of the tie-up.

In his powerpoint pitch the grocery veteran could not quite bring himself to mention the A-word once: instead he talked of digital rollouts, store investments and the need to focus on economy products.

Sitting next to the City grandee and Sainsbury’s chairman Martin Scicluna, Coupe stressed a number of positives to take away from the results: net debt was down, cash flow was up and underlying profits rose.

But the botched merger plans were hard to ignore, even if it was not what he or his communications team wanted to talk about.

One of the most publicly damaging parts of the Sainsbury’s-Asda collapse is that is has exposed with greater clarity the problems that Coupe’s business faces. Market share is being lost to German discounters at one end and a revitalised Tesco at the other.

The board has taken its eye off the ball in food retailing. Lower product availability and a downward spiral in store standards leaves a once-great supermarket chain on the edge of a largely self-inflicted decline.

Coupe insisted today that he had no regrets over the merger process. Perhaps he does not, for the moment. But the damage the failed scheme has inflicted on his company simply cannot be ignored, and now that he lives to fight another day, the question in the City must surely be asked: for how long can he survive?